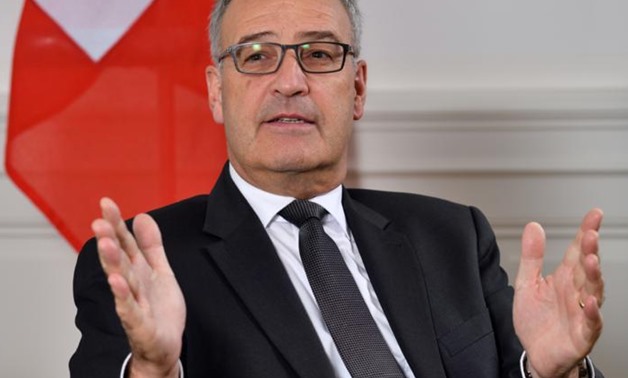 This came during the Egyptian-Swiss Investment Forum organized by the General Authority for Investment and Free Zones in cooperation with the Swiss Embassy in Cairo.

“Swiss investments in Egypt increased with the implementation of the economic reform program,” CEO of General Authority for Investment and Free Zones (GAFI), Mohamed Abdel Wahab, said in a statement.

Abdel Wahab pointed out that more than 60 Swiss companies are currently operating in Egypt with total investments of $1.8 billion,

There is a great scope for cooperation between the two countries to increase the volume of investments and transfer Swiss expertise and technology to Egypt, according to the CEO of GAFI.

He stressed that Egypt has succeeded in implementing the first stage of the economic reform program, and paved the way and laid the foundations for the launch of the second stage.

For his part, Swiss Minister of Economic Affairs, Education and Scientific Research, Guy Parmelin, explained that the volume of bilateral trade between the two countries amounted to about $1.3 billion in 2019, according to Swiss statistics, “which means that Egypt is the largest market for Swiss exports in the African continent.”

Parmelin, accompanied by a large Swiss delegation composed of Members of Parliament, government officials and numerous business leaders, is currently visiting Egypt on an economic mission to Cairo from February 2-5.

At the end of the forum, Abdel Wahab signed an MoU with Head of the Swiss International Corporation Simon Weiss Fideli to cooperate in the field of enhancing bilateral investments, promoting investment and supporting small and medium companies.

Moreover, Chairman of the Board of Directors of the Holding Company for Cotton, Spinning and Weaving, Ahmed Mustafa, signed a cooperation agreement with President of Ritter International, Norbert Klapper, as part of the program to develop the textile sector.

In addition, Chairman of Badr University in Cairo (BUC) Hassan el-Kalla signed a declaration of intent with President of Business and Hotel Management School in Lucerne, Heinrich Meister, to present a 3-year BA program in Hotel and Tourism Management and a one-year professional diploma from the Swiss University in BUC, in addition to providing training programs to develop the tourism sector in Egypt.

Mashat added that Switzerland has contributed to the provision of grants to Egypt by around 700 million Swiss francs since the beginning of the development cooperation between both countries, which helped in implementing 200 projects.

Egypt raises investments in health sector by 69% in 20/21

Number of Egyptians stranded in Switzerland being counted- consulate