A demonstrator vapes during a consumer advocate groups and vape storeowners rally outside of the White House to protest a proposed vaping flavor ban on November 9, 2019. (Jose Luis Magana / AFP)

By: AFP
WASHINGTON - 3 January 2020: The US government announced Thursday it was banning most flavored e-cigarettes in a bid to curb the rising tide of youth vaping, but under industry pressure it stopped short of the full ban promised in September by the White House.

The Food and Drug Administration (FDA) said cartridge-based e-cigarettes in flavors other than tobacco or menthol would be illegal unless specifically authorized by the government.

The change will take effect in early February, outlawing cartridges with fruit, mint and candy flavors, which are particularly popular with young people.

Juul, the e-cigarette industry leader, had anticipated the decision and withdrew those flavors from sale in the US, leaving only tobacco and menthol.

The ban will exempt large, tank-based rechargeable vaping devices, however, which are primarily sold in vape shops that cater to adults.

"It was the pod cartridge-based systems that got us into this problem that are most attractive to kids," Health Secretary Alex Azar said in a conference call with reporters.

"The kids simply are not using in any material level the open tank vaping systems," he added.

Companies that do not cease making and selling such cartridges will face punishment, the FDA said, without specifying the potential sanctions.

"The United States has never seen an epidemic of substance use arise as quickly as our current epidemic of youth use of e-cigarettes," Azar said in a separate statement.

"We aim to see whether e-cigarettes could serve as an effective off ramp for adult smokers addicted to combustible cigarettes. We believe that remains a possibility," he added.

In late summer, a health crisis marked by severe and sometimes deadly lung ailments added to overall concerns over the success of Juul products among American youths.

Some 28 percent of high school seniors said they had vaped in the previous 30 days, according to a government survey in 2019, compared with around 11 percent in 2016.

Azar had said in September after a meeting with President Donald Trump in the Oval Office that all flavors would be banned in an effort to curb youth vaping.

His announcement triggered a pressure campaign from the tobacco and vaping industries for the administration to reverse the decision. On Thursday, demonstrators chanted "We vape! We vote!" as Trump's limo drove by in Florida.

Speaking for a group of anti-tobacco advocates and public health officials who met with Trump in November, Matthew Myers, president of the Campaign for Tobacco-Free Kids, expressed dismay at the new rule, which he said "creates a giant loophole that will benefit the current existing tobacco companies."

Nancy Brown, CEO and president of the American Heart Association, called it "a huge victory for Juul, vape shops and the rest of the cigarette industry over the interest of this nation." 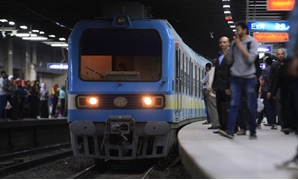 FDA to launch campaign against e-cigarette use among youth