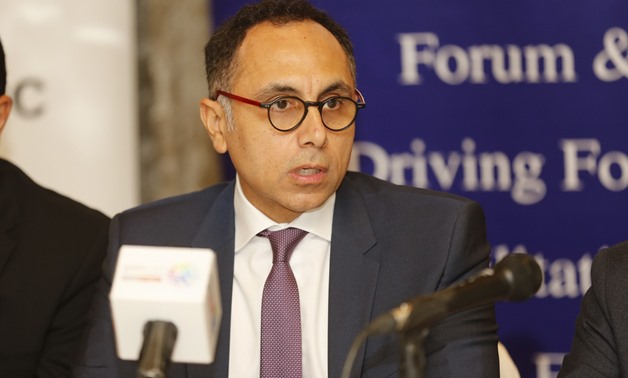 CAIRO - 21 November 2019: A gloomy outlook by British investors to Egypt has changed to be interested in investment environment in the country, said Chairman of the British Egyptian Business Association (BEBA) Khaled Nossier, citing the increase in number of investors who attended BEBA conferences.

Discussing British investors' fear, Nossier told Egypt Today that they might be afraid of "unclear economic conditions," noting that the circumstances in Egypt have been improved lately.

One of BEBA's role is to illustrate the true picture of the situation in Egypt to the investors, Nossair stated.

“Britain is the largest investor in Egypt with investments in different fields including: Petroleum, Telecommunications, Financial services, and Pharmaceutical Industries," Chairman of BEBA noted.

He added that his association is working on attracting more investors to invest in other sectors, especially in infrastructure projects, as they are not benefiting from them.

As per BEBA role, Nossair said the association links the British investors with available opportunities in Egypt, and build a platform where they can meet their counterparts to cooperate and become partners whether through investments in the country or in the continent, in addition to facilitating obstacles to attract more investments.

All sectors will be included in the platform, he said.

"Egypt can be the gate of Africa and the Middle East for Britain after the Brexit, as its supply chain will be affected " Nossair pointed, clarifying that this can be achieved whether having Africa as a substitution of Europe, with no competitors to them there.

On Brexit, he stated that whether Britain achieved a deal or not with the European Union, Egypt can benefit from the new trade agreement it will get with Britain though maximizing benefits from by agreeing upon new articles of the agreement, especially in the agriculture as the agreement with EU has a maximum limit for exporting agriculture products to it.

In January 2020, Britain will hold a conference about investment in Africa, according to Nossair. "So the partnership between both countries is important to help the British side to enter the African markets."

"We have a service and industrial companies that have a lack of experience and previous work and the British side can offer that to get a win-win situation," he stated.

The Executive Director of BEBA Nadia Lamloum, who also participated in the seminar, said that the mission also focuses on services besides companies investments as education sector, noting that this sector is important to Egypt so there will be a connection with the British Universities.

Regarding BEBA's mission to Britain that will take place by the end of November, Nosseifsaid that it will include around 40 businessmen, in addition to Ministers of Investment, Transportation, and Finance, as well as the head of Suez Canal Economic Zone Yehia Zaki.

The mission will focus on sectors of Transportation, Health, Education, and Financial service.

Head of Suez Canal Economic Zone Yehia Zaki will announce available opportunities for investment in SCZone and contact with investors and companies to know their needs, according to Nossair.

Related to Transportation, Chairman of BEBA stated that Britain has successful programs in transportation system whether via land or sea, so Egypt can get benefit from this through the knowhow methodology.

The mission will also have a visit to Coventry University in United Kingdom, as to review the success story of having one of its branches now in Egypt.

As per health, the mission will review Vodafone's investment in the pilot experiment of applying the Comprehensive Health Insurance in Port Said governorate.

"Health and Education sectors are very strong in Britain that Egypt can get benefit from," Nossair said.

Ministry of Investment and International Cooperation announced earlier that British investments in Egypt recorded $47.4 billion through 1816 companies operating in the state.