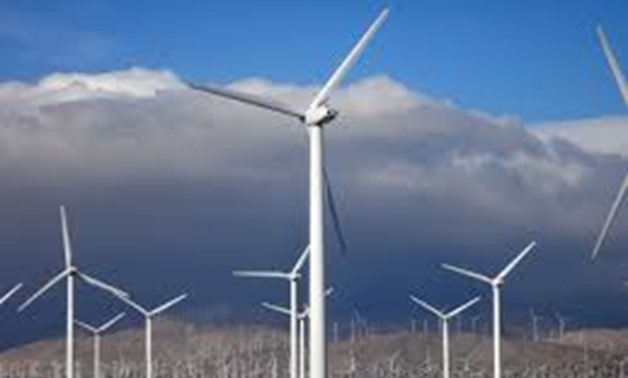 By: Egypt Today staff
CAIRO - 16 October 2019: The Egyptian Electricity Transmission Company (EETC) will sign an agreement with Siemens Gamesa to build two wind power plants, an official source at the Ministry of Electricity and Renewable Energy said on Wednesday.

The source added that the Cabinet agreed to contract with Siemens Germany to implement those projects under the BOO system and with the same contractual terms of the last tender for a wind station.

It is worth mentioning that Egypt's 2030 strategy aims to generate 20 percent of the national electricity grid from renewable energy by 2022.The total capacity of the electricity grid is 56, 000 megawatts.

The total amount of electricity generated from renewable energy in Egypt has reached 6,000 megawatts.

The Egyptian governmenthas adopted the strategy of incorporating renewable energy in the mix a few years ago to reduce reliance on traditional energy resources through expanding in solar, wind and hydraulic power projects in cooperation with the private sector.

Egypt signed a memorandum of understanding with Siemens during the Egyptian Economic Development Conference held in Sharm El-Sheikh in March 2015. The memorandum aimed to prepare a master plan to strengthen and develop the electricity grid until 2025.

The master plan includes solutions to problems in the electricity sector, taking into account the sector’s generation capacities of traditional, coal, nuclear, and renewable energies, as well as the required stations and lines to absorb the produced capacities.

In 2016, the Egyptian Electricity Holding Company signed contracts with Siemens to implement three combined-cycle power plants with a total capacity of 14,400MW. The three power plants are in Borollos, BeniSuef, and the New Administrative Capital. The new energy projects are established in cooperation with the German company Siemens and its local partners Orascom and Elsewedy Electric.

The financing package for the Siemens’ part of the €6bn contracts was structured by Siemens Financial Services (SFS)—this includes a tailored guarantee concept.

In June 2016, Siemens signed agreements worth €8bn for high-efficiency natural gas-fired power plants and wind power installations that will boost Egypt’s power generation capacity by more than 50 percent, compared to the currently installed base. The projects will add additional 16.4 gigawatts (GW) to Egypt’s national grid to support the country’s rapid economic development and meet its growing population’s demand for power.

Siemens will also deliver up to 12 wind farms in the Gulf of Suez and west Nile areas, comprising around 600 wind turbines and an installed capacity of 2GW.

CEO of Siemens Egypt praised the improvement in the investment climate in the country, adding that the government’s clear vision and plan for long-term development of Egypt is a sign that the future holds further improvements.

Egypt is now resolutely setting the course for sustained development and economic growth with the Sustainable Development Strategy: Egypt Vision 2030, serving as a roadmap for making Egypt a strong and stable economy on the long-term.

Siemens has also extended a long-term contract to provide service and maintenance, as well as component upgrades at the Nubaria, Talkha, and El-Kureimat power stations.

The 10-year extension calls for Siemens to continue providing service and maintenance for eight SGT5-4000F gas turbines and the associated generators. In addition to long-term service and maintenance, the scope of the agreement for the three power stations includes modernizations, upgrade measures, and lifetime extensions for eight gas turbines designed to achieve optimal performance.