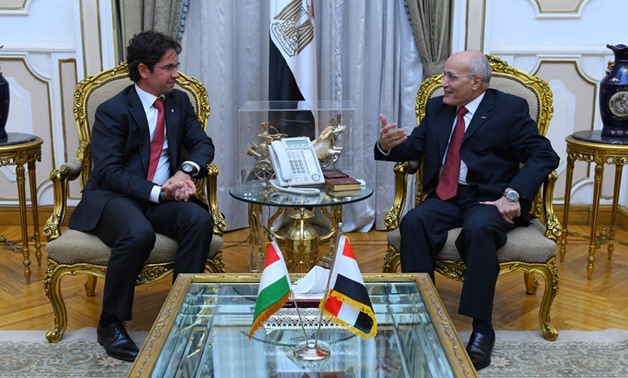 CAIRO - 19 September 2019: Balazs Hendrich, CEO of HEPA Hungarian Export Promotion Agency, affirmed the increasing willingness of Hungarian companies to cooperation with Egyptian companies, including that of the military production for their distinctive technical and technological capabilities, special cadres and excellent infrastructure.

Egypt's Minister of Military Production Mohamed el Assar received Hendrich in the capital Cairo, the ministry said in a statement on Thursday (Sep. 19), in the presence of the Hungarian Ambassador to Cairo Péter Kveck and a delegation of representatives of 21 Hungarian companies, to discuss ways of enhancing joint cooperation between the two sides.

Hendrich expressed the desire to strengthen trade relations between the two countries, expecting that the next phase will witness intensive moves by the two governments and the business community in Egypt and Hungary to strengthen economic partnership and implement joint investment projects.

Representatives of the Hungarian companies reviewed their areas of work, during the meeting, and also reviewed areas of cooperation in which military production companies can participate in their implementation.

The Hungarian ambassador hailed the bilateral relations with Egypt, which is reflected in the high-level meetings between officials of the two sides.

The ambassador hailed the stability currently witnessed by Egypt, and the African country's vital role in the consolidation of peace and stability in the region. In June, Chairman of the Arab Organization for Industrialization (AOI) Abdel Moneim el-Tarass discussed in a meeting with the Hungarian Ambassador, Kveck, and CEO of Tungsram Group Joerg Bauer means of boosting bilateral cooperation in the field of manufacturing energy-saving LED light bulbs and street lighting lamps, in addition to producing water and gas meters.