The flow will secure the start of a $15 billion export agreement between Israel’s Delek Drilling and Texas-based partner Noble Energy with an Egyptian counterpart in what Israeli officials called the most significant deal to emerge since the neighbours made peace in 1979.

Egypt hopes to leverage its strategic location and well-developed infrastructure to become a key international trading and distribution centre for gas, a potentially remarkable turnaround for a country that spent about $3 billion on annual liquefied natural gas (LNG) imports as recently as 2016.

Delek, Noble and Egyptian East Gas have agreed to buy into the East Mediterranean Gas Company’s pipeline to transport the gas supplies.

In an interview on the sidelines of a regional gas forum in Cairo, Steinitz said the deal to buy stakes in the EMG pipeline between Ashkelon in Israel and El-Arish in Egypt was almost closed and would be completed in “the next few weeks”.

Steinitz said he expected that more connections could be built between Egypt and Israel.

Discussions were already taking place about building an additional pipeline across the Mediterranean directly from Israeli and Cypriot gas platforms to LNG terminals in the Nile Delta and about building a new on-land connection, he said.

“If we really assume that this is just the beginning, much more gas will be discovered ... then what we see today is just the start and we have to be not just one step but two and three steps ahead,” he said.

Delek Drilling previously said it hoped commercial sales of gas to Egypt would start at the end of June, but earlier this month the company said exports had yet to begin although pipeline checks were done.

Asked what caused the delay, Steinitz said: “In Israel we sometimes have a very complex regulatory regime and there were some minor delays, but I think it’s going to be over. It’s already over most of it.”

He said the pipeline had been tested and that it would be in use in three or maximum four months.

A number of big gas fields have been discovered in the eastern Mediterranean region’s Levant Basin since 2009. However, the region lacks significant oil and gas infrastructure and relations between countries including Cyprus, Greece, Egypt, Israel, Lebanon and Syria are strained on a number of fronts.

In January Eastern Mediterranean countries agreed in Cairo to set up a forum to create a regional gas market, cut infrastructure costs and offer competitive prices. Lebanon and Turkey did not participate in the meeting, nor did Syria.

Beirut has an unresolved maritime border dispute with Israel, which it regards as an enemy country, over a sea area of about 860 sq km (330 square miles) extending along the edge of three of Lebanon’s southern energy blocks.

Steinitz earlier this month voiced frustration with what he called Lebanon’s failure to agree to U.S.-mediated talks about the dispute. On July 5, Steinitz told Tel Aviv radio station 102 FM that “in a week, 10 days we will know finally if we are on the way to talks or if this matter will be postponed by another one, two or three years.”.

In the interview on Wednesday however, Steinitz said he still did not know if or when the delayed talks would take place but that they could still happen. “We’re still waiting to see the final outcome,” he said. “We expressed our readiness. It is actually up to the Lebanese to decide if they are serious or not.” 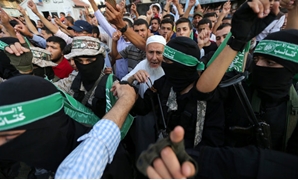