The overnight deposit rate and the overnight lending rate were kept at 15.75 percent and 16.75 percent, respectively, during the fourth meeting of 2019.

During May and March meetings, CBE kept the overnight deposit rate and the overnight lending rate at 15.75 percent and 16.75 percent, respectively, after cutting the rates during their first meeting in February.

Analysts and experts anticipate that interest rates will be held unchanged during July's meeting in a step to test the impact of recent subsidy cuts despite the sharp decline of inflation rate in June, recording the lowest levels in 3 years.

Egypt’s annual core inflation rate, which discounts or strips out certain categories that are considered more volatile, declined to 6.4 percent in June 2019, from 7.8 percent in May 2019, according to CBE.

Capital Economics also expected the Central Bank of Egypt (CBE) to keep interest rates unchanged during July’s meeting, despite the decline of inflation rates during June, pointing out that policymakers will wait for a clarification about the impact of recent subsidy cuts, although the inflation declined to a three-year low of 9.4 percent on a year-on-year basis.

“A rate cut is more likely at August’s meeting,” it noted in a research.

Head of macro and financials at HC Research Sara Saada noted that yearly inflation figures will be largely influenced by favorable base effect in the coming few months (from June–October 2019).

“Falling inflation, coupled with the dovish shift among central banks around the globe, increases the chances of an interest rate cut. But we think that the CBE will want to assess the impact of electricity and fuel price hikes that took effect this month,” Capital Economics noted, expecting the overnight deposit rate to be unchanged at 15.75 percent.

Capital Economics also anticipated the easing cycle to resume if inflation continues to inch down during the rest of the year, penciling a 500-base-point cut by the end of the next year, taking the overnight deposit rate to 10.75 percent.

Shuaa’s senior economist Israa Ahmed said: "Despite the much lower than expected inflation figure for June, we keep our view on unchanged interest rates in July's meeting."

She believed that CBE will prefer to wait, until the inflationary wave of fuel products re-pricing fades away, adding that although such a wave is not expected to be high, CBE would be cautious about second-round effects.

"That is, we believe the CBE might wait for a better timing, especially if the global scene becomes more helpful," she noted.

In a survey conducted by Reuters, 14 out of 15 economists said the bank’s Monetary Policy Committee was unlikely to change its overnight rates, with deposits at 15.75 percent and lending at 16.75 percent. 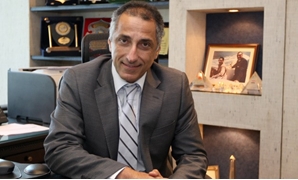 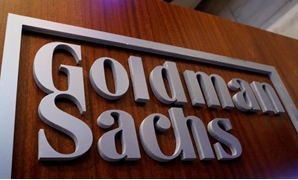