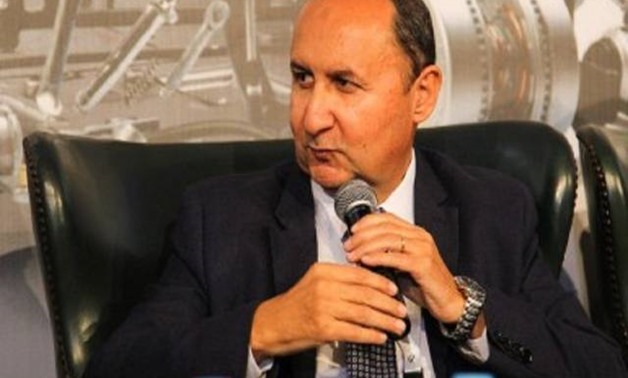 CAIRO - 4July 2019: Minister of Trade and Industry Amr Nassar emphasized Wednesday the government's keenness to settle the automotive industry in Egypt, especially electric cars, by providing incentive programs for investment in this field.

Nassar revealed that this comes in view of the global trend to transfer to these types of cars to reduce the impact of traditional cars on the environment.

He pointed out that the government aims to meet the needs of the local market of electric cars and then export to the Arab, African and European markets, benefiting from customs exemptions that result from trade agreements between Egypt and a number of countries and economic blocs around the world.

This came during the meeting held by the minister with the delegation of China's Dongfeng Automobile Company, headed by Vice President of the company Li Zhengrong.

Nassar said that the company is seriously considering the production of electric cars in Egypt with the aim of using them for transportation purposes in government agencies and taxis, with the possibility of exporting these cars later to the markets of European countries after increasing the proportion of the local component and raising the value added.

He noted that many of the major international car companies have shown their desire to produce electric cars in Egypt.

One of the most important advantages to be offered by the company in the electric car set to be introduced in Egypt is the possibility of charging the car battery through electrical outlets that are equipped and easy to use and can be connected to homes and parking places without having to go to car charging stations, the minister noted.

Nassar pointed out that it is important that the price of the car is suitable for the Egyptian consumer to facilitate marketing.

According to the minister, the company can partner with one of the state’s production lines to cooperate in the manufacture and assembly operations. He noted that a visit to the company will be arranged for a number of production lines operating in the field of automotive industry in Egypt, including Al-Nasr Motors and the Arab Organization for Industrialization.

For his part, Zhengrong affirmed his company’s keenness to enter the Egyptian market as a pivotal market in the Middle East and as an important window on the continent of Africa, stressing that his company has considerable experience in the production of electric cars, passengers’ cars, taxis and buses.