By: Egypt Today staff
CAIRO – 18 June 2019: The Ministry of Industry and Trade revealed that the cooperation and development partnership between Egypt and the Union for the Mediterranean includes the implementation of more than 20 projects in the fields of business development and employment, higher education, scientific research, transport and urban development.

Speaking at the EU-Mediterranean Business Forum to promote business and trade in the Euro-Mediterranean region, a ministry official said that these projects as regional projects aim at making a positive impact on a wide range of beneficiaries, with a focus on young people and women, such as projects of the Agadir Small and Medium Enterprises Program, Empowerment of Women and the Imbaba Urban Development Project.

He pointed to the support of the German Agency for International Cooperation (GIZ) for the signatories to the Agadir Agreement through technical training and capacity building.

In 2004, Egypt signed Agadir Agreement which is a free trade agreement between four Arab countries: Egypt, Jordan, Morocco and Tunisia. The agreement which came into force in 2007 helped enhance the trade exchange between the four countries. Egypt achieves trade surplus with Tunisia of $317M in 2017 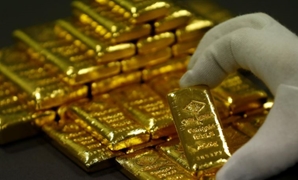