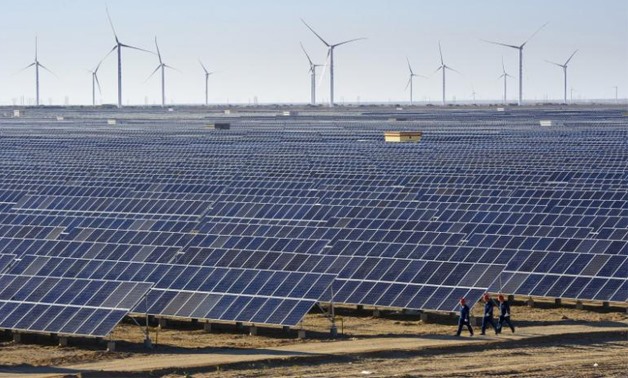 CAIRO – 16 May 2019: The total amount of electricity generated from renewable energy in Egypt has reached 6,000 megawatt, as the government seeks to increase the renewables’ share in the energy mix.

The country has adopted the strategy of incorporating renewable energy in the mix a few years ago to reduce the reliance on traditional energy resources through expanding in solar, wind and hydraulic power projects in cooperation with the private sector.

Executive Chairman of New and Renewable Energy Authority (NREA) Mohamed el-Khayat said that the renewable energy has become remarkably abundant on the national network with the total generated amount hitting 6,000 megawatts, including 2000 megawatts from solar and wind power.

Khayat noted that a total of 20 solar power plants from Benban mega project in Aswan have been added to the national network with a capacity of 900 megawatts, adding that the total number of stations sought to be built is 32 with a capacity of 1,465 megawatts.

“Egypt has attracted lots of investments in the renewable energy sector, which resulted in flourishing the economy, especially as all projects deal in foreign currencies,” Khayat explained.

Egypt sets a binding target of 20 percent of final energy consumption from renewable sources by the year 2020.