The index of printing and reproduction of registered media rose 12.4 percent, recording 167.81 during February 2019, compared to 149.28 in the prior month due to the increase in the number of publications and operations for others.

The Central Agency for Public Mobilization and Statistics (CAPMAS) added that the index of the industry of computer, electronic and optical products as well as medical devices recorded 151.74 in February 2019 compared to 84.28 in January 2019, with an increase of 80.1 percent due to the increased sales of cameras and the signed contracts.

CAPMAS also stated that the index for nonferrous metal products (bricks, glass and cement) reached 69.50 in February 2019 compared to January 2019, reaching 91.20, with a decrease of 23.8 percent due to the decline in supply contracts and the market situation. 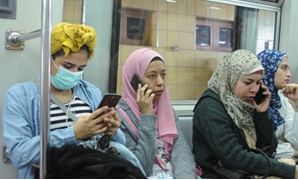