By: Reuters
LONDON - 2 May 2019: The British pound headed for a fourth consecutive day of gains on Thursday, buoyed by signs of a possible breakthrough in Brexit talks ahead of a central bank meeting.

Sterling has traded in a narrow range of $1.28-$1.30 since Britain last month pushed its scheduled departure from the European Union back from March until Oct. 31.

But the currency hit a two-week high on Tuesday and is nearing $1.31, helped by comments from Prime Minister Theresa May suggesting a rapprochement in talks with the Labour Party.

The Bank of England looks set to leave interest rates on hold on Thursday and keep its options open for later in the year when it announces its first policy decision since the delay of Brexit.

Almost no economists polled by Reuters expect the BoE to raise rates from 0.75 percent until Britain has left the EU.

Some analysts believe a so-called “hawkish hold” by the central bank could lift sterling but only marginally with so little clarity about when, how, or even if, Brexit will happen.

“While the BoE is likely to keep the door open for potential hikes we see the chances of a hike this year rather low as the economic growth is set to remain capped by the ongoing Brexit uncertainty,” said Chris Turner, head of FX strategy at ING in London.

“A mildly hawkish hold should lift GBP,” he added.

With Japan out for a week of holidays, traders are worried that the absence of Tokyo, one of the world’s top five currency trading centres, might fuel some exaggerated moves in foreign exchange markets.

Overall volatility in the currency markets remained near five-year lows.

Despite the pound’s gains against the dollar, net positions by hedge funds in sterling slipped back into negative territory, according to the latest data. 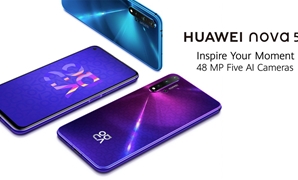