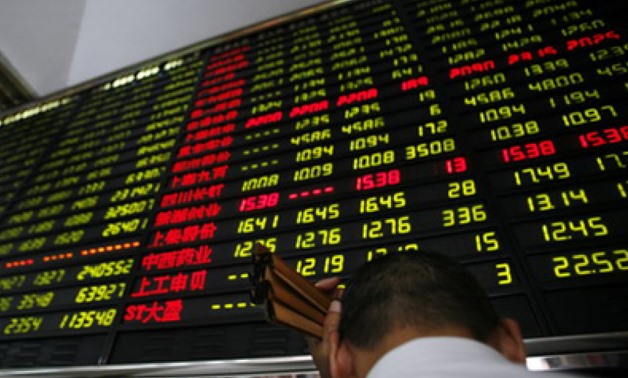 By: Reuters
LONDON - 16 April 2019: Stock markets inched higher on Tuesday as reassuring data about the health of China’s economy helped investors shrug off disappointing bank earnings in the United States, while volatility in European markets took another leg lower.

The recent rally comes as a degree of calm has descended across financial markets, with European stock volatility falling to its lowest since January 2018, exacerbated by a shortened trading week for the Easter holidays.

“After the strong rally we have seen in equities, people are now waiting for the next catalyst,” Pochan said. “We do expect some more positive data from Europe which should give a bit of fresh air (to European assets)”

The U.S.-China trade dispute, signs of slowing global corporate earnings and weaker business investment have all put pressure on riskier assets in the past year, but investors have been quick to seize on positive news.

All eyes are now on Chinese quarterly GDP data due on Wednesday. After a worrying start to the year, Chinese data have been more positive as authorities ramped up stimulus measures, soothing investor fears about a slowdown in the world’s second-biggest economy.

Turkey’s lira recovered slightly after closing at its weakest level since October on Monday. The Turkish currency was hit by data showing a surge in unemployment, a higher than expected budget deficit and tensions with the United States.

Turkey’s finance minister said on Monday he had held productive meetings in Washington with international financial institutions, but that failed to much lift the currency.


After a rally to five-month highs this month, crude oil paused on the prospect of Russia and OPEC boosting production to fight for market share with the United States. [O/R]

U.S. West Texas Intermediate was flat at $63.46 per barrel after losing nearly 0.8 percent the previous day.

Oil has been surging on tightening global supplies, as output has fallen in Iran and Venezuela amid signs the United States will toughen sanctions on those two OPEC producers, and on the threat that renewed fighting could stop production in Libya.

Currency markets were generally quiet, although the Australian dollar took a dive lower after the Reserve Bank of Australia signaled in policy minutes that an interest rate cut would be appropriate should inflation stay low and unemployment trend higher.

The U.S. dollar was unchanged, its index at 96.908, while the euro and yen both rose slightly.

Many investors are now waiting on Chinese gross domestic product (GDP). A Reuters poll forecast first-quarter growth to have cooled to 6.3 percent, the weakest pace in at least 27 years, but a flurry of measures to boost domestic demand may have put a floor under slowing activity in March.

“The outlook for Asia critically hinges on the outlook of China’s growth and the ongoing U.S.-China trade talks,” wrote strategists at Bank of America Merrill Lynch. “On both fronts, policymakers and investors believe that the outcome of these two issues is turning more positive.”