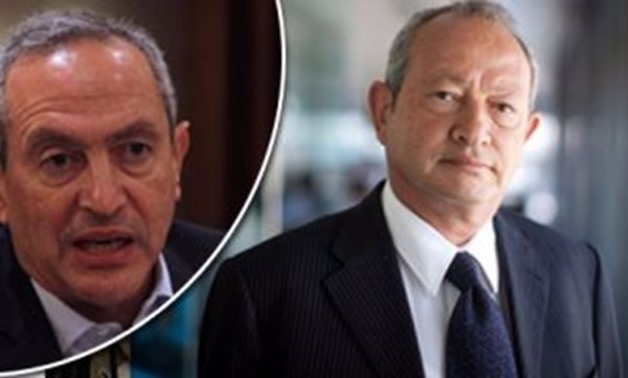 CAIRO – 28 February 2019: Nassef and Naguib Sawiris ranked 230 and 334, respectively, on Bloomberg’s Billionaires Index. They are two of only six Africans on the list.

The Index is calculated ranks the world’s richest people based on their personal wealth based on changes in the markets and the economy. The net worth of each individual is calculated at the end of each business day, and all valuations are converted to US dollars as per the exchange rate on the day.

“Closely held companies are valued in several ways, such as by comparing the enterprise value-to-Ebitda or price-to-earnings ratios of similar public companies or by using comparable transactions,” according to Bloomberg, continuing, “The criteria used to choose peer companies is based on the closely held asset's industry and size.”

The older Sawiris has seen a decline in his fortune by 0.89 percent year-on-year, while the younger Sawiris saw his money almost double. Naguib Sawiris, according to Forbes Magazine, has about US 2.7 billion in March 2018. However, he saw an 85 percent increase in his fortune after he converted all of his current assets to gold, raising the question: Is now the time to convert your money to gold?

In a July 2018 interview with Bloomberg, the younger Sawiris brother, who made most of his money by investing in the telecom sector in Egypt, Iraq, Pakistan, Bangladesh and North Korea, revealed that he has put half of his $5.7 billion net worth into gold. Explaining the rationale behind his decision, Sawiris explained that gold is always a good investment during crises times as it secures the value of money. Gold is also a particularly good investment right now as it is expected to increase in value from just above $1,300 per ounce to $1,800, according to the Egyptian businessman. “People also tend to go to gold during crises and we are full of crises right now. Look at the Middle East and the rest of the world; and Mr. Trump doesn’t help,” Sawiris argued.

The hunt for gold

Seeking a more secure saving in the face of currency fluctuations and financial crises, Egyptian investors have been increasingly moving toward the gold market.

“A friend of mine first suggested it; he is an investment banker,” says Ahmed Taha, a mechanical engineer and businessman who saves his money in gold, not Egyptian Pounds, to safeguard savings against depreciation. “By doing this, I managed to save my money when the US Dollar was valued at LE 12, has I waited I would have lost even more of my money. Investing in gold gives you a hedge against inflation and currency devaluation,” says Taha.

Similarly, 26-year-old UK-based investment banker Nourhan Atef affirms that whilst keeping your money in a bank and getting interest in return is a conservative way to ensure you achieve sound returns, “keeping your savings in gold ensures that you are able to protect them against possible devaluations; at the very least, you retain your original amount,” she says. “However, you should actually make money off of this. Not only that, but you can also liquefy you investments very quickly with gold; this is the case with other kinds of alternative investments.”

Gold investment is also useful in countries that have taken a hit during the 2008 financial crisis, Atef says, as it protects their savings from the fragile banking systems. “Although this did not happen in Egypt, and will not, other countries have faced huge problems due to the 2008 crisis; and many people no longer trust banks in Greece or Cyprus, for example,” argues Atef.