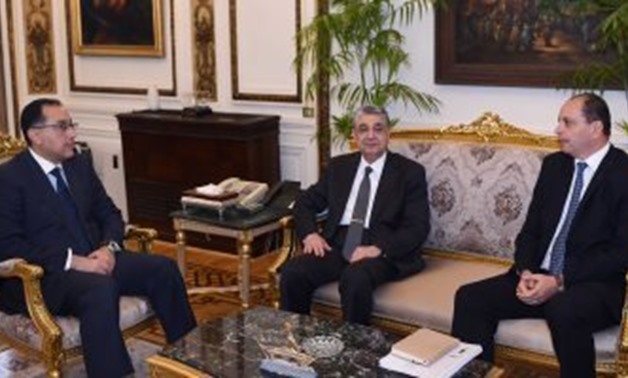 CAIRO - 20 February 2019: Prime Minister Mostafa Madbouli and Minister of Electricity and Renewable Energy Mohamed Shaker met on Tuesday with Zarou Group CEO Sameh Shenouda to discuss an offer to manage and operate one of the power plants built by Siemens.

“Zarou is a new company set up to develop, own, build and operate power and renewable energy, oil & gas midstream, water and other related projects in the Middle East and North Africa (MENA) and neighboring regions. Zarou is fully owned by Blackstone,” the company’s description on Linkedin reads.

Blackstone Group L.P. is an asset management company headquartered in New York City while Zarou is based in London. Shenouda said that Blackstone’s investment portfolio is $450 billion.

Zarou CEO explained that once the contract is signed, any financial dues will become the responsibility of the company and not the government, adding that similar contracts can be concluded for other facilities.

The prime minister said that the Egyptian state welcomes any serious investments in the country as the meeting also covered potential investments by Zarou in the sectors of desalination and sewage treatment. Madbouli directed scheduling a meeting with the housing minister to further examine Zarou’s offers.

In 2018, all three 4.8 gigawatt-turnkey Combined Cycle Power Plants built by Siemens started operation in the New Administrative Capital (NAC), Beni Suef and Burullus. Each has a capacity of 4,800 megawatts, and efficiency of 61 percent.

Each plant is composed of four generation units. Each unit has two H-Class gas turbines, one steam turbine, and two heat recovery steam generators. Each turbine has a capacity of 400 megawatts. Siemens is also executing 12 wind parks with approximately 600 wind turbines in total.