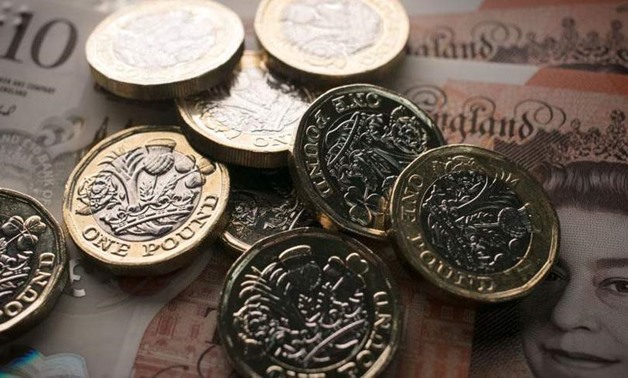 The economy has already been slowing over the last year as the impact of inflation, stemming from that steep fall in the value of sterling, has eroded households’ incomes ( Getty )

LONDON - 30 January 2019: Britain's blue-chip shares jumped on Wednesday after a sharp fall in sterling overnight when British lawmakers voted down a proposal in parliament that aimed to prevent a potentially chaotic "no-deal" Brexit.

The exporter-heavy FTSE 100 added 0.7 percent by 0842 GMT, building on its more than 1 percent rally on Tuesday ahead of the vote, while the FTSE 250, which is more domestically focused, was down 0.1 percent.

The main index is often boosted by a weaker domestic currency because its multinational companies earn a big portion of their revenue abroad in foreign currency.

That helped the FTSE 100 outperform European peers where caution dominated ahead of U.S.-China trade talks and the Federal Reserve's interest rate policy guidance .

Britain's parliament rejected a proposal to give parliament a path to prevent a potentially chaotic "no-deal" exit, but accepted two amendments - one seeking to replace the Irish backstop with alternative arrangements, and another rejecting the notion of a "no-deal" Brexit.

Following the vote, Goldman Sachs nudged up its estimated probability of a "no-deal" Brexit to 15 percent from 10 percent.

M&A drove some big moves in the small-cap area.

Ophir Energy jumped 6.5 percent to a six-month high after agreeing to be bought out by Indonesian oil and gas group Medco for a sweetened bid of 390.6 million pounds ($511.30 million) in cash.

Video advertising firm Taptica International surged 15 percent after saying it was in advanced talks to take over rival RhythmOne in an all-share deal. RhythmOne was about flat in early deals.

Wizz Air slid 2 percent after its third-quarter report, with a trader putting the fall down to a lack of upgrades to outlook.

Crest Nicholson also lost 2.3 percent after the Times reported https://www.thetimes.co.uk/edition/business/crest-nicholson-forced-to-halt-building-project-gmzd88prg that the housebuilder has put a 400 million pounds housing development in Hove on hold because of Brexit uncertainties.