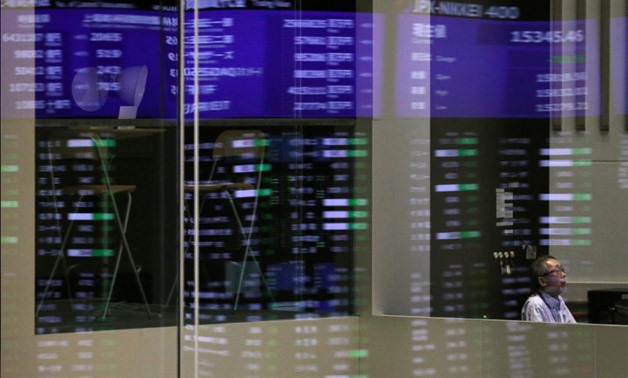 SYDNEY - 17 September 2018: Most Asian share markets slid on Monday amid reports Washington was about to announce a new round of tariffs on Chinese imports, setting the stage for possible reprisals by Beijing.

Liquidity was thin with Japan on holiday and moves in currencies and bonds were minor.

Hong Kong markets opened as normal after a super typhoon brushed the city on its way to landfall in China’s Guangdong, the country’s most populous province.

U.S. President Donald Trump is likely to announce new tariffs on about $200 billion of Chinese imports as early as Monday, a senior administration official told Reuters.

The tariff level will probably be about 10 percent, the Wall Street Journal reported, below the 25 percent the administration had said it was considering.

The WSJ also reported Beijing may decline to participate in proposed trade talks with the United States later this month if the Trump administration moves forward with the tariffs.

Other officials who advise the country’s leaders are suggesting China impose limits on the sale of parts and supplies needed by U.S. businesses, using “export restraints” to threaten their supply chains.

“Further escalation looks very likely in which the rate will likely be raised to 25 percent and more U.S. tariffs threatened, while China may potentially pull out of trade talks entirely and escalate on the new front of outright export restrictions,” wrote analysts at JPMorgan.

“This would of course only inflame the situation further.”

In currency markets the dollar index .DXY was a fraction softer at 94.908, having bounced from a low of 94.359 at the end of last week as Treasury yields rose.

Oil prices eased as the Sino-U.S. trade dispute outweighed the risks to supply from upcoming sanctions on Iran. Brent dipped 11 cents to $77.98 a barrel LCc1, while U.S. crude fell 10 cents to $68.89 CLc1.