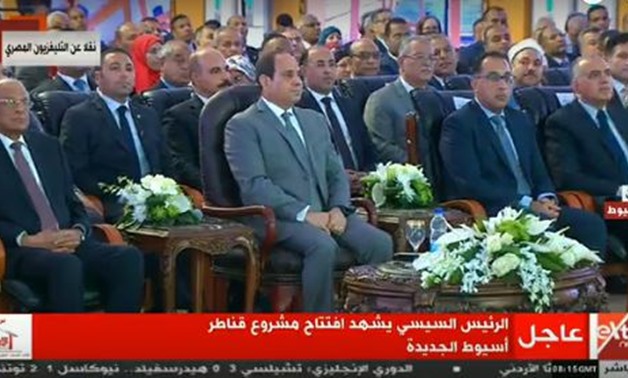 Screenshot of Sisi at the inauguration of the new project

CAIRO – 12 August 2018: President Abdel Fatah al-Sisi arrived Sunday to Assiut Governorate to inaugurate the new Assiut barrage project; which is considered to be the third largest water project on the Nile, after the High Dam and Naga Hammadi barrage.

The new project was implemented by a consortium of international and national companies with a total cost of LE 6.5 billion.

It will contribute to improving the irrigation situation in an area of 1.65 million feddans in five governorates and developing the river navigation through the establishment of two marine locks (water navigations) at the highest technical level.