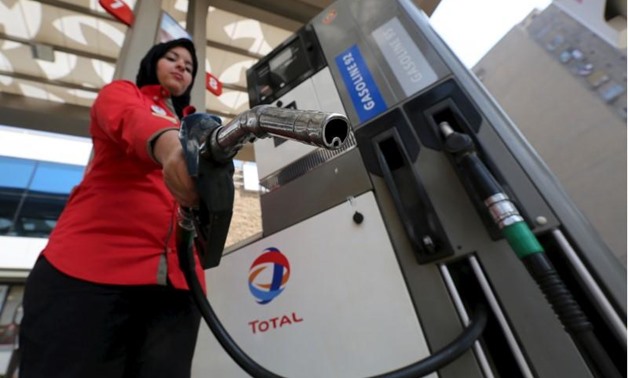 CAIRO – 16 June 2018: Economic reform steps taken to decrease subsidies and spending are set to put Egypt on a brighter economic path, help it economically develop quicker and satisfy the International Monetary Fund’s (IMF) terms, one of which was cutting spending.

Over the past 30 years, Egypt has implemented a program that provides subsidised products for citizens, most notably petroleum products. Despite offering citizens products for a lower price that did not correspond with the market’s real value, the subsidies hindered Egypt’s economic growth due to the fact that it increased spending to pay for the increasing subsidies for an ever-growing population.

Commenting on this, Minister of Petroleum Tarek El-Molla said Saturday that the total cost of oil products subsidy over the past five years hit LE 517 billion, explaining that generic subsidies have a multitude of negative consequences on the Egyptian economy. Molla further explained that those who actually deserve petroleum subsidies did not benefit from the system, which has proven unpractical, over the years.

Molla added that the current subsidy system has a negative impact on social justice due to the fact that the high-income segments also benefit from these subsidies, thereby decreasing the amount of money the government has to spend on the public. This is a clear difference between equality and equity, implies Molla.

Molla also explained that increasing the prices of petroleum products saves LE 50 billion for the country, money that he suggests could be allocated elsewhere to benefit people. Instead, this money is exected to be allocated in healthcare or educational services to ensure better human, social and economic development for all, ensuring equity and social justice, instead of quality; between equality and equity, much of the research has shown that equity leads to social justice and economic, as well as human and social, development, while equality does not necessarily do so, as it limits competition and leaves people on an unequal footing.

For the fourth time since 2014, Egypt has raised fuel prices to meet IMF loan's terms that entail the complete removal of fuel subsidies, the Cabinet announced on Saturday (June 16), which corresponds to the second day of Eid El Fitr

The Minister of Finance further pointed out that Egypt was quick to react to the surge of prices and tackle the situation, as to ensure that the size of the budget deficit is not increased. The money saved, the minister explained, will be allocated towards health, education, public investment, job creation for youth and social housing.

The Minister further pointed out that subsidies of petroleum products in the budget of the new fiscal year fell to LE 89.1 billion pounds compared to LE 110.15 billion estimated by the budget of the current fiscal year; if the price of oil continues on this path globally, the bill is expected to reach LE 180 billion.

Muait further assured that the budget has allocated LE 334 billion in subsidies, which confirms the state’s intention to continue supporting and protecting lower segments of the population, and that cutting fuel subsidies will ensure that the money reached the right people and the appropriate beneficiaties.

Besides oil subsidies, there is 100 billion pounds to support bread and other products on ration cards.

In similar vein, Hamdi Abdul Aziz, the spokesperson for the Ministry of Petroleum, confirmed that the support of petroleum products during the past five years reached LE 500 billion, which did not benefit the rightful beneficiaries only. He pointed out that the government is working through an integrated plan to correct social justice, putting the money saved towards education, health and housing.

A deal with the IMF
Egypt clinched a $12-billion loan from the International Monetary Fund (IMF) after the flotation of its currency in November 2016.

Deputy Governor of the Central Bank of Egypt Ramy Abul-Naga said on Sunday that foreign currency inflows to banks operating in Egypt have risen to more than $77 billion since the flotation of the Egyptian currency in November 2016.

Egypt will repay the instalments of the International Monetary Fund’s loan starting from May 2021 until November 2026, according to Deputy Minister of Finance for Financial Policies Ahmed Kojak.

Kojak clarified during the World Bank Group and International Monetary Fund Spring Meeting that the first instalment amounts to $2.75 billion.

Egypt’s reforms have started to reap results, especially with regard to Egypt’s macroeconomic stabilization: growth is at the highest rate since 2008, inflation has rapidly declined, foreign exchange reserves are at record levels, exports are growing and unemployment has declined, First Deputy Managing Director of the International Monetary Fund (IMF) David Lipton said after his meeting with President Abdel Fatah al-Sisi May 7, 2018.

During the meeting, both sides discussed the outcome of the Inclusive Growth and Job Creation Conference that was held in Cairo from May 5-6 and co-organized by the Egyptian authorities and the IMF.

“I was encouraged by the determination, shared by policy makers, the private sector, members of the parliament and civil society. There was consensus that Egypt needs to lock in the gains in macroeconomic stabilization and shift gears towards the implementation of a home-grown structural reform agenda to achieve more inclusive and private sector-led growth,” Lipton said in a released statement.

He said that this will help create jobs, which is the best way to reduce poverty and improve living standards.

“I thanked President Sisi, Prime Minister Sherif Ismail, Governor of the Central Bank of Egypt Tarek Amer and the Minister of Finance Amr El Garhy for co-hosting the conference. As we continue our partnership, we stand ready to help Egypt achieve a better future for its people,” Lipton said.

Previously, due to the IMF loan, then-Minister of Planning Hala al-Saeed explained that the Egyptian economy is not a job provider that relies on investment rate, rather than consumption rate; unemployment rate reached 11.3 percent in the Q2 of 2017/2018 and growth rate was 5.3 percent in the Q2 of 2017/2018, reaching the highest Egyptian growth rate since 2008/2009.

Similarly, Saeed added that Egypt is targeting a growth rate of 8 percent by 2021/2022.

The IMF anticipates the GDP to record 6 percent in 2023.