Numbers starting to add up for Tesla trucks: DHL executive 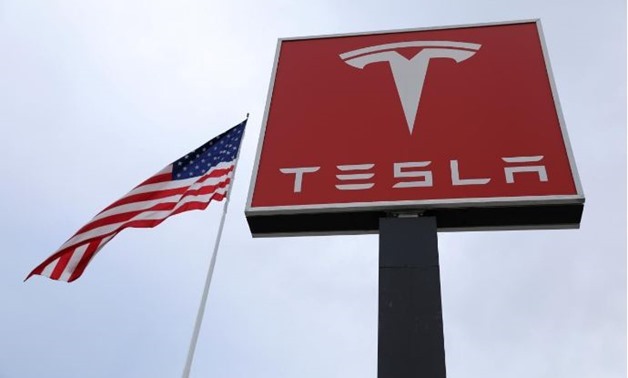 Reuters - 24 February 2018: The numbers behind Tesla Inc’s long-distance Semi electric trucks are close to making sense for haulers looking at a shift away from diesel that may save them tens of thousands of dollars a year, according to an executive with DHL.

Jim Monkmeyer, president, Transportation at DHL Supply Chain, was among the first to order the trucks Silicon Valley billionaire Elon Musk’s company is expected to begin churning out in 2019.

He says the 10 trucks ordered are a test run and that he is still years away from switching the majority of his fleet of trucks to electric. But he is taking heed of a major shift away from diesel and the money it could save DHL.

He says he could potentially pay off the difference between the purchase price of a Tesla Semi and a traditional diesel truck in less than two years, thanks to savings on maintenance and fuel.

“We are estimating that we could have pay back within a year-and-a-half based on energy usage as well as lower maintenance cost,” Monkmeyer told Reuters in an interview from his office in Columbus, Ohio.

“The maintenance savings can be enormous as well. Just because the engines are much simpler in terms of the number of parts and the complexities of the parts.”

The payback benefit is one of the keys to the success of the new generation of electric trucks and DHL, a unit of Germany’s Deutsche Post, has a history in the area, having already introduced 5,000 of its own electric “scooter” vans for local deliveries.

The two-year timeline also chimes with assurances being given by Daimler AG’s van unit to customers interested in its forthcoming electric Sprinter van that the total cost of ownership will be the same as the cost to own and operate a conventional van over a few years.

COMMON THREADS
Monkmeyer says he does not expect to buy just Tesla electric trucks, but the in-depth discussions on price and feasibility that DHL is running on the trucks are in line with several small and large international haulers who spoke to Reuters.

A truck runs around 65,000-100,000 miles a year, and Tesla has promised a 20-percent saving on the per-mile operating costs truckers pay now, estimating its new Semi will cost $1.26 per mile compared to what it says are industry standards of around $1.51 for diesel trucks.

Analysts, however, say the figures continue to evolve; the $1.51 cost assumes prices for diesel fuel and that fuel economy costs remain static.

They also say fuel efficiency for diesel trucks is expected to advance further, with a compounding improvement in the high single digits by 2020, potentially limiting the cost savings advantage suggested by Tesla.

“The problem is they (Tesla) are aiming at a moving target, and even with that the electric (trucks) would be lower cost (in terms of operation) but it wouldn’t be quite as big a difference,” Jefferies analyst Stephen Volkmann said.

Monkmeyer says the company is still mapping out costs, but believes the two trucks already look like they will be “close enough” to make the switch feasible.

Still, he says larger concerns loom around Tesla’s charging infrastructure and how haulers plan to switch from pumps in depots to swift “megacharging” of electric vehicles.

“The biggest issue is going to be how is that grid provided and how is it supported and how quickly can we get a network out there for use nationwide, throughout North America, throughout the world,” he says.

“That’s a big question mark. So that to me would be one limiting factor.”