Egypt looks forward to an investment base for Oman in Africa: Min. 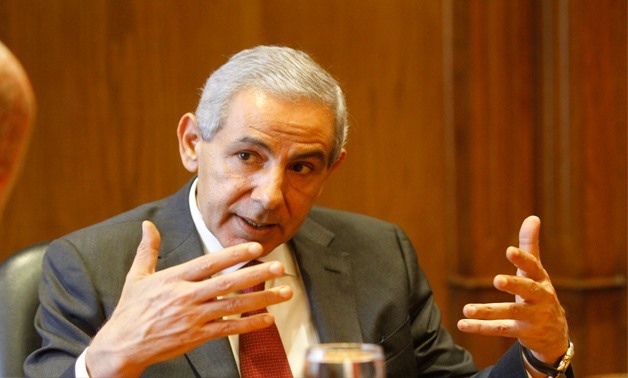 MUSCAT - 6 February 2018: Trade Minister Tarek Kabil said the visit by Egyptian President Abdel Fatah al-Sisi to Oman sets the scene for starting a new phase of strategic relations between Egypt and Oman and a boost to joint cooperation.

The minister's remarks were made in response to questions by a number of Omani investors at an expanded forum held in the presence of President Sisi and Sultan Qaboos bin Saeed of Oman.

Kabil said the interest of the political leaderships in both Egypt and Oman to take part in such important forum gives a clear message to the business community in both countries and assert the importance of developing bilateral relations in all domains.

He said the Egyptian government is seeking to establish a base for the Omani investments in Africa through pumping more investments by the Omani businessmen to the Egyptian market, where several commodities can be produced and be exported to several markets in the Arab world and Africa.

The minister made it clear that Egyptian exports to Arab and African countries are granted customs exemptions upon the stipulations of the preferential trade agreements signed between Egypt and such countries.

He cited the Suez Canal Corridor as a model for investors willing to establish new businesses in Egypt.

Kabil also highlighted the recent amendments of the investment laws and the positive outcome of the recent economic reform program which reflected in the notable increase of foreign investment rates and activity of the Egyptian bourse.

Such efforts also bore fruit in the reduction of budget deficit to 9.5 percent, the increase of Gross Domestic Product (GDP) to 4.9 percent, lower employment rates from 13.9 percent to 11.9 along with a rise in the Central Bank of Egypt (CBE) reserves, added Kabil.

He also said the volume of trade exchange between Egypt and Oman reached $300 million, while Omani investment in Egypt hit $77 million in 70 companies.