Men look at a mobile phone in front of an electronic board showing Japan's Nikkei average outside a brokerage in Tokyo, Japan, February 6, 2018. REUTERS/Toru Hanai

S&P mini futures fell as much as 3.0 percent to four-month lows, extending their losses from the record peak hit just over a week ago to 12 percent, abruptly ending their smooth bull run of recent years. They last stood down 1.1 percent.

The U.S. benchmark S&P 500 slumped 4.1 percent and the Dow 4.6 percent on Monday, suffering their biggest percentage drops since August 2011.

Before Monday’s fall, the index had not seen a pullback of more than 5 percent for more than 400 sessions, which analysts said was the longest such streak in history.

The trigger for the sell-off was a sharp rise in U.S. bond yields following Friday’s data that showed U.S. wages increasing at the fastest pace since 2009, raising the alarm about higher inflation and with it potentially higher interest rates.

That could be painful for markets that have been propped up by central banks’ stimulus for many years.

Some analysts also say markets tend to get edgy when the U.S. Federal Reserve has a new leadership.

The new Fed chief Jerome Powell, who succeeded Janet Yellen this month, is expected to continue Yellen’s stance of gradual tightening. Still, some investors regard a change in the Fed leadership as a source of policy uncertainty.

But a massive fall in share prices prompted an about-turn, and in Asian trade on Tuesday, it fell back to as low as 2.662 percent.

Fed fund futures are now pricing in only two rate hikes this year, a sea change from only a few days ago when they priced in about 80 percent chance of three increases with the market even rife with talk of four hikes.

That left some popular exchange-traded products that investors use to benefit from calm market conditions facing potential liquidation.

“There is weakness across various equity sectors, but none so large the market is likely to fall through them. My money remains on equities - but rotating (and buying on weakness) into ‘value’ areas of the market that have lagged in the recent momentum-driven rally,” said James Bateman, chief investment officer for multi asset at Fidelity International.

“I’d also be avoiding stocks where dividend yields aren’t backed up by strong free cash flow and a solid balance sheet,” he added.

But Yoshinori Shigemi, market strategist at JPMorgan Asset Management, said the specter of inflation will gradually undermine the attraction of equities even though the markets could rebound in the short term.

“In the end, the Fed will have to hike rates. And if it doesn‘t, long-dated bonds will be sold off on worries about inflation. Either way, that is going to slow down the economy. Rising wages also mean corporate profit margins will be squeezed gradually down the road,” he said.

Keen to avoid further risk, investors are closing their positions in other assets, including the currency market where a popular strategy has been to sell the dollar against the euro and other currencies seen as benefiting from higher interest rates in the future.

Against the yen, which is often used as a safe-haven currency because of Japan’s solid current account surplus, the dollar slipped 0.2 percent to 108.86 yen, after having lost one percent on Monday.

Investors also dumped junk bonds, with the yield of Merrill Lynch U.S. high yield index rising to 6.017 percent from 5.964 percent at the end of last week.

Still, it was far below its 2016 peak just above 10 percent, when low oil prices hurt energy firms.

Oil prices also dropped, with international benchmark Brent futures hitting a one-month low. It last stood at $66.97 per barrel, down 1.0 percent on the day. 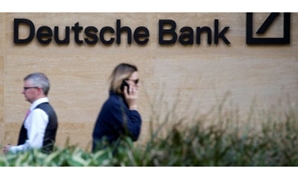 Egypt is an important energy hub for Africa, Mediterranean, Middle East: US