By: Hanan Mohamed
CAIRO - 25 January 2018: On Thursday, Moody’s Investors research revealed that Egypt’s first-ever bankruptcy law will encourage local and foreign investment in the country, referring that the new law is credit positive for banks as it will provide them with more options to deal with viable troubled companies, making loan workouts more flexible and faster.

“The new bankruptcy law will speed up the liquidation of non-viable companies, which will increase recovery amounts,” the rating agency added in their research.

“The law aims to tackle Egypt’s outdated bankruptcy procedures, which were not governed by specific law but instead processed in the courts on a case-by-case basis with debtors facing jail terms,” Moody’s clarified.

The research clarified that a restructuring plan must be completed within 60 days of filing for a standstill and that it reduces the liquidation period for a nonviable company to nine months, instead of the current average of more than two years.

In the 2018 Doing Business Report, Egypt ranked 115th out of 190 countries in the World Bank’s Resolving Insolvency Index, according to the research.

Meanwhile, Moody's expected in mid-January that Egypt's economic growth will accelerate to around 5.0 percent by 2019 and 5.5 percent by 2021, in comparison with 4.2 percent in 2017, as structural reforms support more broad-based activities compared to the mostly consumption-driven pre-reform growth model. 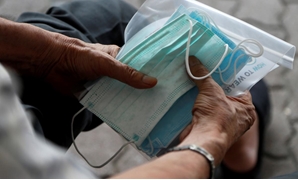