Euro moves a side effect, not the objective of ECB policy: Draghi 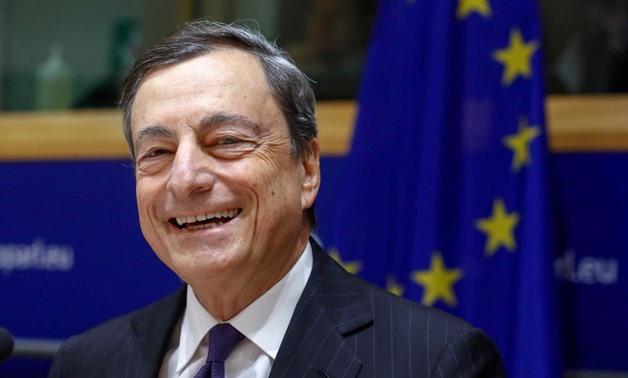 FRANKFURT - 24 January 2018: The European Central Bank’s bond buys have not led to “statistically significant” moves in the euro and exchange rate shifts are a mere side effect, not the objective of policy, ECB President Mario Draghi said in a letter on Wednesday.

The euro has gained nearly 5 percent since the ECB’s December policy meeting and Draghi’s comments may be seen by some investors as a signal that he is willing to tolerate some appreciation in the single currency even if it is bound to dampen inflation.

With policymakers meeting on Thursday, investors are on the lookout for any comments on the currency as tolerance for the euro’s relative strength would firm expectations that the ECB will end its 2.55 trillion bond purchase program this year.

“While purchases under the asset purchase program have been effective in easing financing conditions at large and supporting the recovery in the origination of loans to firms and households, they have not led to statistically significant euro exchange rate movements,” Draghi said in the letter to a member of the European Parliament.

“Such movements remain a side-effect of policy and are neither its main transmission channel, nor its objective.”

When the euro breached 1.20 against the dollar EUR= last autumn, Draghi called for "monitoring", a signal taken as verbal intervention to talk down the currency. But it is now trading around 1.2330 and verbal signals have so far been more benign.

Draghi also played down expectations that sharply higher oil prices could offset the negative inflation impact of a strong euro, arguing that projections only see a “very modest” rise in energy inflation.

He added that energy inflation will push up overall prices only slightly and the indirect impact of higher energy costs on other goods and services will be limited in the near future.