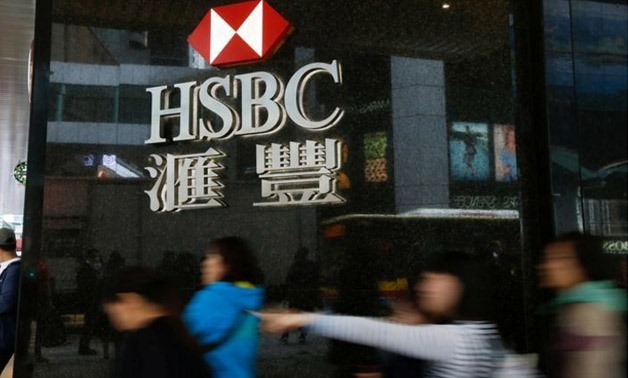 LONDON - 12 December 2017: HSBC economic experts said the tough measures taken by the Central Bank of Egypt (CBE) and the Egyptian government over the past few months before November 3, 2016 when the decision of liberalizing the Egyptian pound was issued have rescued the Egyptian economy, according to a report published by "Risk Net" financial risk management website.

Sugar was in short supply, rice and cooking oil more expensive, and the people – as one citizen told the New York Times – were ready “to snap”.

This was Egypt 12 months ago, as a shortage of US dollars forced importers into the ‘grey’ market for foreign exchange, where the unofficial rate was almost double the official, pegged exchange rate.

The ministry of finance and the Central Bank of Egypt were seeking $12 billion from the International Monetary Fund, but to get it they would have to close an existing financing gap, and boost reserves to cope with the liberalisation of the Egyptian pound – a condition of any IMF package. HSBC solved the problem via a $2 billion structured repo trade.

“It was a very important transaction for us,” says ‎Tarek Amer, governor of the central bank. “The situation was difficult, but that was when HSBC came to us with the idea for a reverse repo transaction. The turnaround of the situation since then has been, I think, unprecedented.”

The repo transaction was executed – and syndicated – in early November last year. IMF support was announced a day later.

After the peg to the US dollar was removed, the Egyptian pound lost almost 50% of its value against the greenback in the immediate aftermath and has since been trading at around 17 pounds to the dollar. The devaluation produced a very big spike in inflation – which surged to over 30% in November 2016 – but the shortage of foreign currency in Egypt quickly abated.

The central bank’s foreign currency reserves rebounded to new highs of more than $36 billion this year – having dipped to $15 billion in 2016. Subsequently, the bank has lifted a raft of restrictions that were introduced when dollars were in short supply, including limits on foreign exchange transfers, the use of debit and credit cards abroad and controls on the repatriation of dividends by commercial lenders. In a sign of investors’ returning confidence in Egypt, the central bank claims there has been more than $80 billion in currency inflows from offshore and onshore investors since the flotation of the Egyptian pound in November 2016.

This chain of events would have been difficult without the deal HSBC put together.