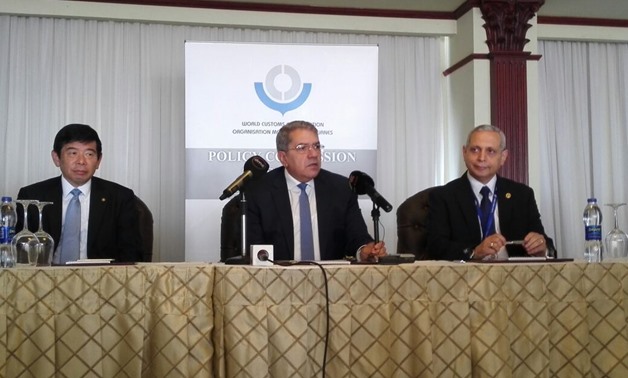 CAIRO - 4 December 2017: The government will send the House of Representatives a draft customs law in three month, after finishing discussing it with stakeholders and relevant authorities, Minister of Finance Amr El-Garhy said on Sunday.

Speaking at the World Customs Organization’s (WCO) Policy Commission Conference that took place in Luxor, Egypt, Garhy said that the ministry has already finished preparing the draft law, confirming that it will be sent to the cabinet in few weeks for review.

The Ministry of Finance is working to develop the Custom Authority through automating custom services, applying a one-stop shop system, tightening monitoring on custom outlets, raising skills of employees and reviewing the legislative part.

The conference was attended by state-level delegations from 32 countries, who are members in the organization, in addition to a number of representatives from commercial offices.

Talks about a new custom law started to heat up in 2015 after the Customs Authority announced that a new act will entail incentives to importers, like an option allowing them to pay tax on production equipment in installments.

The draft law has also allowed the possibility of delaying custom repayment for a month and finishing paper work with the authority electronically, Chairman of the Authority, Magdy Abdel Aziz, said in a statement.

Board Member of the Federation of Egyptian Industries (FEI), Mohamed El Bahie, told Egypt Today that the new law will help attract more investment, as it will revolutionize the custom system.

Under the proposed amendments, the custom tax will be collected at a range between two and five percent from the value of imported products such as equipment, devices and transport means, depending on the purpose of their use.

The draft law also allows the release of products after paying a guarantee amount, to be later determined by the executive regulations.

The one-stop shop is expected to be incorporated at the Customs Authority in all Egyptian ports within 2 years, but the authority has already started using electronic devices at 60 percent of maritime ports and airports adopted electronic tools, including X-ray devices to inspect products.

Generally, Egypt is trying to stiffen import and export flows. In June, the Ministry of Industry issued a decree to amend Law No. 118 of 1975 to tighten monitoring measures of ports and custom offices.

Under the amendments, the ministry would implement the electronic linkage between relevant authorities, cut the number of needed documents and ensure their effectiveness to reduce the trade cost.

Customs shape a fundamental part in state revenues. The Customs Authority collected LE 25.6 billion in revenues from the beginning of 2017 through May, Head of the Authority, Magdy Abdel Aziz, said in June.