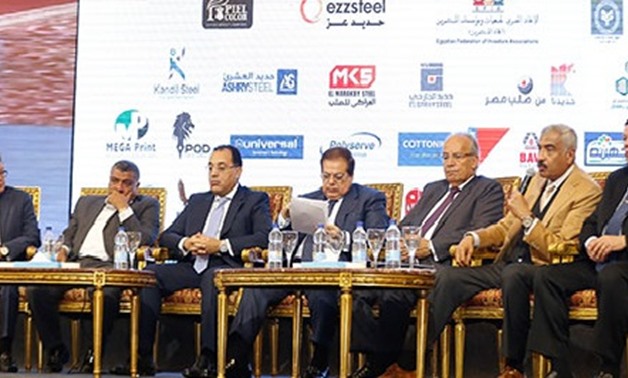 Speaking at an economic conference organized by Akhbar Al Youm Establishment, Madbouly noted that the government is working to build 13 new cities, in addition to 25 new cities built over the past few years.

"It is not possible to live on only 7 percent of Egypt's space when we are 100 million citizens," Madbouly added.

Sherif noted that Egypt is shifting towards decentralization, as it introduces more vital services in governorates.

Madbouly furthered that the housing sector has employed 3-4 million over the past three years. "This sector is linked to 90 other industries," Madbouly said.

The housing sector was able to receive the big numbers of workers, who returned back from other Arab countries after the economic turbulence in the region.

Speaking at the same conference, chairman of Talaat Moustafa Group, Hisham Talaat Moustafa, asked for a 2-percent tax on companies working in the real estate sector.

"This tax can later be put in a sovereign fund to support low-income people and finance the budget deficit," Moustafa said; expecting the tax to collect over LE 35 billion.