By: Egypt Today staff
CAIRO – 10 November 2017: Minister of Industry and Foreign Trade Tarek Kabil discussed with Thessaloniki Industry Association strengthening the partnership between the two countries to develop joint cooperation in the industrial fields on Friday.

The head of Thessaloniki Industry Association Athanasios Sivakis, stated that the country is currently studying establishing a direct shipping line between Thessaloniki and one of the Egyptian ports to facilitate the flow of trade between Egypt and Greece.

Egypt is the main focus of the entry of the industrial exports of Greece to the African countries, he added.

Kabil stressed that Egypt and Greece have enormous manufacturing potential, which should be utilized in particular in the textile, food, engineering, information technology and building materials sectors.

He asserted the importance of the Thessaloniki delegation’s visit to Egypt, aimed at achieving industrial cooperation between the main manufacturers of the two countries.
Kabil discussed with 30 Greek companies and business associations the possibility of boosting their investments in Egypt.

Kabil stressed on Egypt’s keenness to enhance economic relations with Greece, and to create attractive investment opportunities for investors from both sides.

This came during the minister’s speech at the EU-Arab World Summit in Greece, during which he reviewed Egypt’s economic reform program and the investment incentives currently available in the country.

Kabil said that the government has faced big challenges in the past period, including a gaping budget deficit, high inflation rates and dwindling tourism revenues.

Despite these challenges, Kabil said, the government succeeded in increasing the GDP to 4.1 percent during fiscal year 2016/2017, and bringing down unemployment rates by one percent.

He also referred to the Trade Ministry’s strategy to enhance industrial development and foreign trade by 2020, targeting to boost Egyptian exports and increase the industrial production’s share of GDP from 18 percent to 21 percent.

Kabil said that there is a big potential for investment in Egypt, especially in the SCZone, new administrative capital and the Golden Triangle Project.

Kabil stated earlier that Egypt and Greece will sign a number of memoranda of understanding (MoUs) in the fields of transportation, tourism, taxation, fish farms and agriculture corps.

During his visit to Athens, Kabil discussed with Deputy Prime Minister Yannis Dragasakis increasing bilateral trade and common investment between Egypt and Greece in the upcoming period. 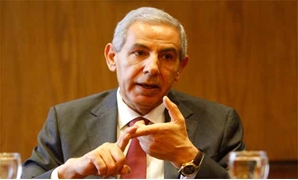