By: Reuters
MEXICO CITY - 25 October 2017: Mexico’s peso snapped back on Wednesday, gaining as much as 1.3 percent, after the central bank said it would accelerate its foreign exchange intervention in a bid to stem the currency’s recent fall to six-month lows against the dollar.

The peso has been on a roller coaster ride this year due to uncertainty over negotiations to update the North American Free Trade Agreement (NAFTA), a lynchpin of Mexico’s economy.

U.S. President Donald Trump has threatened to tear up the 23-year-old accord, which underpins $1.3 trillion in annual trade between Canada, the United States and Mexico, if it cannot be reworked to benefit U.S. jobs and reduce the trade deficit.

After slipping to an all-time low of 22.04 to the dollar in early January, a rosier outlook for NAFTA helped the peso steadily gain to 17.47 by July 18, making it the best performing major currency in the world over the period.

But amid renewed uncertainty over the trade talks pushing the peso to six-month lows, Mexico’s currency commission said on Wednesday it will raise the amount of dollars auctioned in foreign currency hedges.

In a statement issued by the central bank, the commission said it would raise the amount regularly auctioned from a pool of $20 billion set aside for the purpose in February.

“Past form suggests that the FX swap auctions should provide some relief for the currency, but that this could be fleeting,” Neil Shearing, chief emerging markets economist at Capital Economics, said in a note to clients.

“The prospects for the peso over the next couple of months will be determined by whether NAFTA talks can get back on track. We’re increasingly concerned,” Shearing added.

So far, Mexico has auctioned $1 billion in hedges from the pool in lots of $200 million. It will now offer another $4 billion through Dec. 6. in larger amounts, starting with an auction of $1 billion on Thursday, the commission said.

The central bank said it will hold three auctions on Oct. 26 for a total of $1 billion worth of peso hedging instruments due to expire in the coming months. 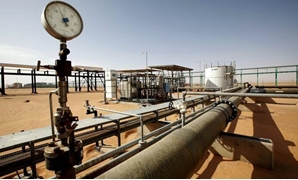 U.S. oil hits four-year peak ahead of sanctions on Iran