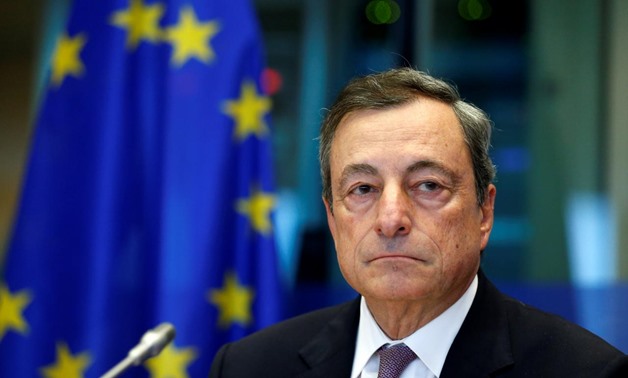 Wage growth has failed to respond to stimulus for a list of reasons but the ECB remains convinced that labor markets and not a structural change in the nature of inflation is the chief culprit behind low prices, Draghi told a news conference on the sidelines of the International Monetary Fund annual meeting.

Having fought low inflation for years, the ECB is due to decide at its Oct. 26 meeting whether to prolong stimulus, having to reconcile rapid economic expansion with weak wage and price growth.

Sources close to the discussion earlier told Reuters that the ECB will likely extend asset purchases but at lower volumes, signaling both confidence in the outlook but also indicating that policy support will continue for a long time.

“The bottom line in terms of policy is that we are confident that as the conditions will continue to improve, the inflation rate will gradually converge in a self-sustained manner,” Draghi said. “But together with our confidence, we should also be patient because it’s going to take time.”

Even as the euro zone has enjoyed 17 straight quarters of economic growth, wage growth has underperformed expectations, due in part to hidden slack in the labor market and low wage demands from unions.

Some policymakers also argue that globalization and technological changes have made value chains more international, making low inflation a global phenomenon and limiting central banks’ ability to control prices in their own jurisdiction.

Draghi acknowledged the debate but said the ECB was convinced the main problem was the labor market and even if there was a broader issue, it would not lead to policy change.

The ECB has kept interest rates in negative territory for years and already bought over 2 trillion euros worth of bonds to cut borrowing costs and induce household and corporate spending.

Draghi dismissed suggestions that low ECB rates may overinflate asset prices and argued that the few bubbles already observed, particularly in commercial real estate markets, should be fought with macroprudential tools and not monetary policy.

Still, he acknowledged that a disorderly correction in asset prices, particularly stocks, is among the chief risks for the global economy.