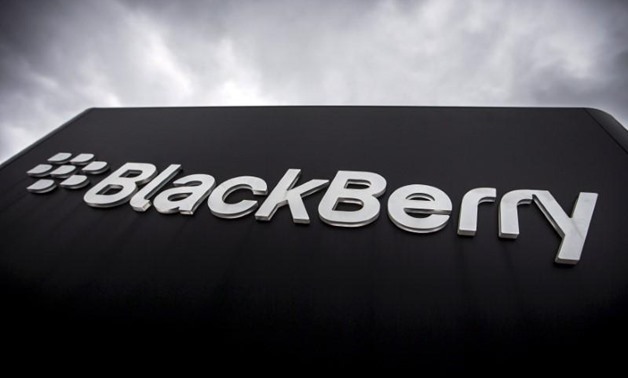 A Blackberry sign is seen in front of their offices on the day of their annual general meeting for shareholders in Waterloo, Canada in this June 23, 2015 file photo. BlackBerry posted a bigger-than-expected fall in first quarter revenue June 23, 2016, but

Victor Schubert, who was a licensing director for BlackBerry, told Reuters in a brief LinkedIn message that he was no longer with the company. He did not say when he left or why.

Monetizing the company’s intellectual property is a key part of Chief Executive John Chen’s plan for turning around the company whose revenues have declined for six straight years as sales of its once ubiquitous smartphones have tumbled.

Company representatives did not respond to requests for comment on Schubert. Two switchboard operators at the Canadian company said his name was not in a global employee directory.

Schubert joined BlackBerry in March 2015, according to his LinkedIn profile, as the company was embarking on a major push to boost licensing revenue.

BlackBerry is trying to persuade other companies to pay licensing royalties to use its trove of some 40,000 global patents on technology including operating systems, networking infrastructure, acoustics, messaging, automotive subsystems, cybersecurity and wireless communications.

Schubert has created and executed patent-licensing programs for at least four companies, including BlackBerry, dating back to 1992, according to his LinkedIn profile. It lists portfolio mining, patent valuation and negotiating patent sales as areas of expertise.

He was due to represent BlackBerry at a Seattle-area patent conference next month to discuss how operating companies can make money off their intellectual property, according to an agenda posted on the conference website in August. He is no longer listed as a panelist.

BlackBerry disclosed it had secured royalty-bearing deals with Cisco Systems Inc and another company that it did not name soon after Schubert joined. It also filed patent infringement lawsuits during his tenure against Nokia and Avaya Inc [AVXX.UL] that are ongoing.

BlackBerry on Thursday disclosed that it had settled another lawsuit, filed against low-end Android phone manufacturer BLU Products Inc.

Both companies declined to disclose terms of the deal.