Speaking at the ninth Egyptian-German Renewables Day that took place Sunday in Cairo, Abdel Ghaffar said that the market in Egypt is now accepting solar power plants due to providing needed finance and competitive power purchase price set by the government.

"We launched in 2013 when the market was not accepting new solar plants as the banks were not funding the projects due to them being risky," Abdel Ghaffar said, noting that lenders were not interested in financing 25-year-term projects, "because they were looking for short-term rewards.”

"The renewable energy sector is witnessing a breakthrough because there is a political will to end energy subsidies," he added.

Reviewing the sector, Abdel Ghaffar said that in 2016 solar installations in Egypt exceeded new installations of conventional energy for the first time.

"Investing in renewable energy is more profitable than depositing cash in banks because it brings 25-26 percent of profits," Abdel Ghaffar noted, adding that the private sector and small and medium-sized renewable projects have a role in booming the renewable sector.

SolarizEgypt plans to implement solar power projects with capacities of 15 MW in 2017, compared to its 4 MW plan in 2016. 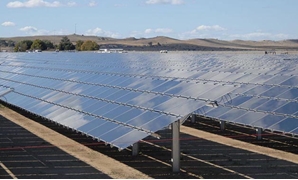 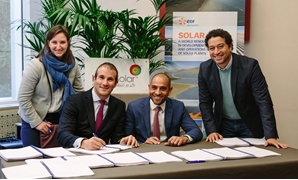