By: MENA
CAIRO - 27 September 2017: Chairman of the Egyptian Media Production City (EMPC) Osama Heikal received Wednesday US Chargé d'Affaires in Cairo Thomas Goldberger, on his first visit to the EMPC.

During the visit, the Egyptian and US officials discussed boosting the media and cultural cooperation.

Heikal welcomed the US envoy, and stressed the importance of the cultural ties binding the peoples of the world. He praised the EMPC as a source to Egypt’s soft power, as it was described as eastern Hollywood.

Heikal said he was looking forward to benefiting from the US expertise in the field of cinema and drama industries.

He joined the US envoy in a tour to the EMPC studios, that included CBC, and ON TV satellite channels, where Goldberger hailed EMPC as pivotal specialized place in the field of information, and satellite channel industries. 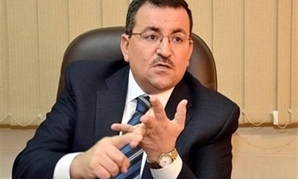