Two significant agreements to be signed between Egypt, China 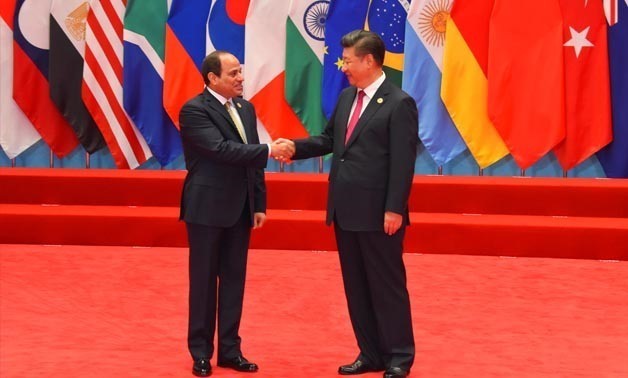 CAIRO – 3 September 2017: Egypt and China are expected to sign a number of agreements during President Abdel Fatah al-Sisi’s current visit to China to attend the ninth annual BRICS summit.

Two agreements stand out. The first will be for the funding of the electric train project between Salam City and the New Administrative Capital, according to the daily Al-Akhbar newspaper.

China will establish the train with its 11 stops and provide the wagons with a $740 million loan, to be repaid throughout 15 years, with a grace period of five years.

The establishment of the electric train will take three years, but Sisi has asked the Chinese company to reduce the period of execution to two years.

Sisi said earlier in July that the project will provide a safe and modern way of transportation for commuters between Greater Cairo and the New Administrative Capital. It will also facilitate the transport of goods and production materials to and from the cities and industrial areas located along the railway line.

The electric train will connect with the third line of the subway in Salam City, linking the cities of Greater Cairo, Obour, Shorouk, Badr, and the New Administrative Capital through the 10th of Ramadan City.

The second agreement will entail the establishment of Egypt’s second satellite “Egypt Sat 2” with a Chinese grant of 300 million Yuan ($45 million), as reported by Al-Akhbar.

After the conclusion of Sisi’s visit, Minister of Trade Tarek Kabil is set to stay longer in China in order to attend the inauguration of the China-Arab States Expo in the Chinese city of Ningxia. Egypt was chosen to be the Guest of Honor Country for this year’s edition.

The China-Arab States Expo 2017 will be held from September 6 to 9, with the theme “Towards a New Model of Partnership”.

Kabil is also set to meet with his Chinese counterpart as well as heads of eight Chinese companies to discuss establishing Chinese projects in Egypt.