The Central Bank of Egypt (CBE) told Egypt Today that they have no plans to issue a special regulation for digital or virtual currencies or the creation of an exchange for such currencies.

The CBE does not intend to recognize such currencies as financial products, they said, adding that there is no law or regulation governing the exchange of such currencies in Egypt.

Moreover, the Egyptian Financial Supervisory Authority (EFSA) announced that it has not issued any authorizations for any institutions or people to establish a stock market for trading Bitcoin in Egypt, Middle East News Agency (MENA) reported.

Reda Abdel Moaty, the acting head of the EFSA, added that any stock market for the trading of Bitcoin that is established in Egypt without obtaining the required licenses is illegal.

The authority has not received any requests for the establishment of a stock market for trading electronic Bitcoin, Moaty noted.

"Cryptoassets are happening whether (the Egyptian government) joins in or not. And by not joining they're missing out on a very big market. Currently bitcoin is about a $70 billion market," Bitcoin Egypt founder Rami Khalil told Reuters in an interview Wednesday. 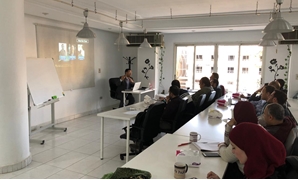