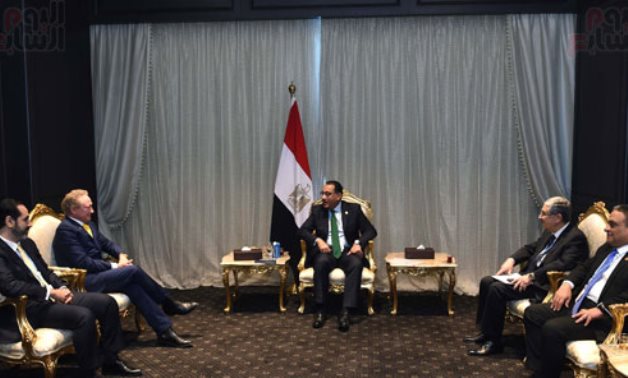 The talks are initially carried out by the company and the Ministry of Electricity and Renewable Energy so as they eye inking the MoU on COP 27's thematic day on energy.

resident Abdel Fatah al-Sisi announced Tuesday at COP 27 in Sharm El Sheikh the operation of the first phase of Egypt's hydrogen plant, which has been established in partnership with Norway's Scatec.

The plant is located in Ain Sokhna, and the capacity of its first phase is 100 megawatts.

In October 2021, the Sovereign Fund of Egypt signed an agreement with Norway's Fertiglobe plc, a leading ammonia producer jointly owned by OCI N.V. and Abu Dhabi National Oil Company (ADNOC), and Norway’s Scatec to establish a green hydrogen facility, whose output would be used in the production green ammonia.

As per the agreement, Scatec would build and operate the facility, generating green hydrogen with quantities ranging from 50 to 100 megawatts, and then supply to EBIC, which is owned by Fertiglobe, so it would produce more than 45 metric tons of green ammonia per year.

In March, Egypt signed a memorandum of understanding (MoU) with Scatec to produce green ammonia from green hydrogen. Parties of the MoU included the General Authority for the Economic Zone of the Suez Canal, the Sovereign Fund of Egypt, the Egyptian Electricity Transmission Company, in addition to the Authority for the Development and Use of New and Renewable Energy.

The investment cost of the project is estimated at about $5 billion, and it would be implemented in two phases, and production is expected to start in 2025.