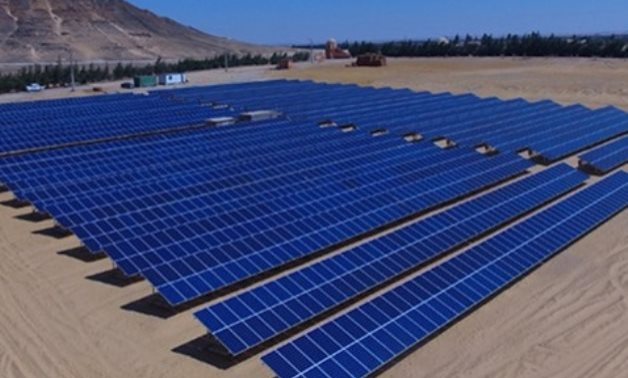 CAIRO - 24 October 2022: Egypt occupies the fourth place globally, in terms of the largest plants to generate electricity from solar energy, after the completion of the operation of the Benban solar plant with a capacity of 2000 megawatts, in cooperation with the private sector.

The Benban project to generate electricity from solar energy is a model for fruitful cooperation between investors and the state, which made this project win the Government Excellence Award.

Below are highlights about the Benban Solar Complex:

2- The capacity of each station is 50 megawatts.

3- Fully gas-insulated GIS transformer stations were established for the first time in Egypt.

4- Fuel is provided during the operation of the solar plants in Benban.

5- The project paves the wave for incorporating clean renewable energy.

6- The project is the fourth largest gathering of solar energy plants with a voltaic cell system without storage in the world.

7- The project creates more than 10,000 job opportunities during the implementation phase and after the commercial operation of the investor stations.

8- The project won the Arab Government Excellence Award in its first session as the best infrastructure development project.

9- The Benban solar complex has been called the "world capital of solar energy".

10- The Ministry of Electricity is currently planning to expand the project to bring the total capacity generated from it to 2000 megawatts, making it the largest capacity in the world.