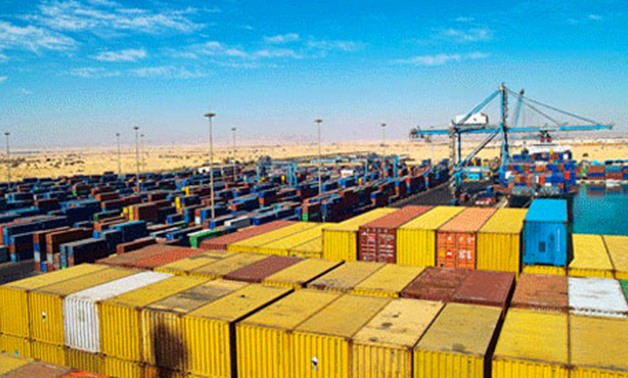 CAIRO – 11 August 2022: The General Authority for the Suez Canal Economic Zone and the coalition encompassing CK Hutchison-CMA and COSCO Shipping signed a preliminary agreement to build the superstructure, operate, and maintain a container terminal at Ain Sokhna Port on the Red Sea.

A similar agreement was signed between Alexandria Port Authority on one hand, and Hutchison Logistics Limited (HLL) and Mediterranean Shipping Company S.A. (MSC) on the other hand, to also build the superstructure, operate, and maintain a container terminal at El Dekheila Port on the Mediterranean.

The signing of both agreements was attended by Prime Minister Mostafa Madbouli on Thursday.

Egypt signed in May a contract for the private sector to expand and develop the superstructure of Damietta Port, and to maintain and operate the second container terminal at the same Mediterranean port.

The alliance implementing the project comprises Germany's Eurogate and Hapag-Llyod AG as well as Italy's Contship. The signing ceremony was attended by Prime Minister Mostafa Madbouli, as the plan is turning the port into the Middle East's largest transit and logistics center.

The completion date is December 2022, and the works include introducing quays extending on a total of 1970 meters, and a backyard spanning over 910,000 square meters with a capacity of 4.5 million containers.

At present, the infrastructure is being finalized by the Arab Contractors and Archirodon Group NV at a cost of LE4.5 billion.

The prime minister told press that the alliance will invest almost half a billion dollars in the first phase alone in spite of the economic circumstances the world is undergoing.

The first phase consists of building the container terminal dubbed "Long Live Egypt," and that will be equipped to receive the sixth generation of container ships. Once finished, it will be operated by Eurogate.

On his side, Minister of Transport Kamel al-Wazir pointed out that Damietta Port will become a center for the circulation of transit containers handled by the German operator by the third year of operation. That is given the number of containers handled at the port will be 4.7 million per annum up from 1.2 million.

The project is estimated to achieve - over 30 years - revenues worth $3.36 billion for the Egyptian treasury, and create 1,000 direct and indirect jobs. It will also be a chance to transfer international experience in the field of operation, management, maintenance, and marketing.