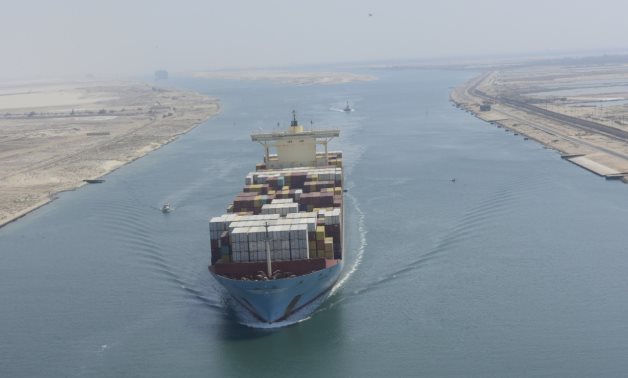 CAIRO – 24 January 2022: Head of Suez Canal Economic Zone Engineer Yehia Zaki revealed the most important incentives that the authority enjoys in order to encourage and stimulate investment within the region.

"Within the framework of the Egyptian state's plan to develop seaports, due to its distinguished geographical location, a contract was signed with the Roads and Bridges Authority to develop the Port of Sokhna with investments estimated at 20 billion pounds, in accordance with the directives of the political leadership to transform the Sokhna region into a global platform for investment on the Red Sea."

He said that the plan to develop Ain Sukhna port and all construction and development works will be implemented within two years, coinciding with the completion of the high-speed electric train project (Ain Sukhna/Alexandria/New Alamein) to be an integrated project.

Zaki continued: "The general location of the port has been planned to match the latest international ports, to be the largest pivotal port in the Red Sea serving the trade exchange movement between South and East Asia, South and West Europe and North Africa. It is implemented by a group of Egyptian companies from the largest national contracting companies under the supervision of one of the largest Egyptian consultants.”

The head of the economic zone of the Suez Canal stressed that the port of Ain Sukhna is one of the most important ports of the economic zone, in addition to the ongoing construction and development work that will raise its classification and increase its competitiveness among international ports.

He said that the authority is racing against time to develop affiliated ports, especially those works that take place in the ports of Sokhna, Arish and West Port Said, which contributes to supporting the global trade movement as well as the components of geographical ports that make the economic zone the most important among its global counterpart.

This came during a meeting of the Industry Committee in the House of Representatives, headed by Eng. Moataz Mahmoud, to discuss the economic authority’s strategy for the Suez Canal axis regarding the industries established in the northern industrial zone in Port Said and the southern industrial zone in Ain Sukhna, and the development and added value they achieved to the national economy according to the industry as a locomotive

The head of the Suez Canal Economic Zone said that the authority is racing against time to develop affiliated ports, especially those works that take place in the ports of Sokhna, Arish and West Port Said, which contributes to supporting the global trade movement as well as the components of geographical ports that make the economic zone the most important among its global counterpart.

Zaki stressed the great support that the economic zone receives from the political leadership and the permanent follow-up, which contributed a lot to the launch of the authority during the year 2020/2021 until now, and that there are goals that were achieved in a short time that would advance the investment and development wheel.

The head of the Suez Canal Economic Zone stressed that this comes in implementation of the political leadership's directives to develop Egyptian ports, raise their efficiency and increase their competitiveness among their counterparts in the Red Bahrain and the Mediterranean.

Zaki continued: “The development includes the construction of 4 new basins, 18 km of berths with a depth of 18 meters, trading yards with an area of ​​5.6 million square meters, and commercial and logistical areas with an area of ​​5.3 km2, served by a network of 10 km of railway lines connected to the Sokhna electric express train. The new Alamein, in addition to the arterial road with a length of approximately 14 km to connect the berths and the port as an internal road network, which contributes to the absence of any congestion in the port in the future.

Zaki pointed out that the economic zone focused on the localization of petrochemical industries in the Sokhna region, with investments amounting to 10 billion dollars, which is one of the pillars of the authority’s strategy 2020/2025, as well as working under the umbrella of the national strategy for the manufacture of cars, as well as the ongoing negotiations to establish green hydrogen industry projects with global alliances.

Zaki continued: "The region has also settled industries that meet the needs of the local and regional market, most notably the railway supplies industry, which has attracted international companies in the field to work in East Port Said, where the completion of the construction of this project is approaching in the first half of this year."