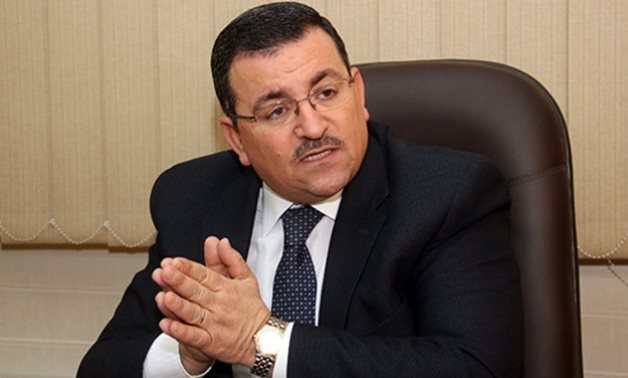 CAIRO - 18 October 2020: Heads of two major Egyptian newspapers, as well as many journalists, have heavily and unusually scolded Minister of State for Information Osama Heikal on social media, after he claimed that youth below 35 do not read newspapers or watch TV.

“[People of] ages less than 35 years, representing around 60 or 65 percent of the society, do not read newspapers or watch the TV. Therefore, it is important to think about the lifestyle of these groups,” Heikal said in a Facebook post, triggering the bitter quarrel in public.

Salah criticized the minister for "bossing" and not exerting any effort as the information minister to improve media.

“My question to Minister Osama Heikal: Why did not you move forward for one single step when you assumed the burden of the media [ministry] for two times in few years,” Salah said on Twitter.

“Stop judgmentalism without even leaving a mark on traditional or digital media. Media in Egypt has preceded your ideas by extended years and you don’t know at all.”

“We do not need a minister who sits on the spectators’ seats.”

Baz’s criticism was even longer and sharper, urging the minister to “keep silent” and “search for another job that suits your capabilities in trivial judgments”.

“Why does not Osama Heikal keep silent? I do not know what Osama Heikal, the minister of state for information, wants. The minister, who should strive and present ideas to develop media, which is the real weapon in the state’s battle against terrorism, is almost devoted to attacking and distorting it and undermining its value and effect,” Baz said in a Facebook post.

Justifying his attacks on the minister, Baz said Heikal’s remarks on newspapers and TV can negatively affect the media industry.

“Why would advertisers pay for newspapers and [TV] channels in case nobody use them?!” Baz said.

Heikal slammed the attacks and accused the attackers, without showing any proof, of taking orders to write from an authority that he did not name but claimed that everyone knows it.

“I say to the one who wants me to search for a job that suits my capabilities. The records of each of us determine each one’s capabilities.”

“As for the claim that my statements will negatively affect the newspapers’ ads, I tell you that the real official distribution figures are available and your newspapers have been free of ads for many months, even before I assumed my post.”

Baz attacked the minister again, accusing him of not accepting other opinions and being similar in actions to media personnel attacking the state from outside Egypt and accusing Egyptian media of being financed and directed.

“In anything Osama Heikal differs from the vulgar Mohamed Nasser or the trivial Mo’taz Matar or the insane Hamza Zouba’?,” Baz asked.

“The best for you, Mr Heikal, is to resign from your post that you actually do not deserve”.