By: Egypt Today staff
CAIRO - 16 January 2020: The State Information Service (SIS) issued a statement on Thursday clarifying the legal situation of Turkish Anadolu agency which was accused of publishing misleading news with the aim of “destroying the pillars” of the Egyptian state.

CAIRO - 15 January 2020: The Egyptian Interior Ministry on Wednesday said it could thwart schemes of the outlawed Muslim Brotherhood group, as the ministry's national security sector could spot an electronic platform "funded by Turkey," with the aim of "destroying the pillars" of the Egyptian state.


The ministry said the platform leaders rented an apartment to create “negative” press reports that contain “false and fabricated” information about the political, economic, security, and human rights situation in Egypt and send them to the headquarters of the “agency” in Turkey, to “distort the image of the Egyptian state on the internal and external levels.

On Thursday, Prosecutor General Hamada El-Sawy decided to release the five defendants, including three Egyptians who were fined LE 10,000 and two other Turkish nationals were handed to the embassy to be deported shortly to Ankara.

And here is transcript for SIS full statement:

The State Information Service followed statements released by the Turkish government regarding legal measures taken by Egyptian authorities against an illegal media entity in Egypt.

In light of the fallacies and lies in the statements of the Turkish Presidency and Ministry of Foreign Affairs, The State Information Service (SIS), as the authority responsible for
accrediting foreign media offices and correspondents in Egypt clarifies the following:

1. First: According to internationally accepted rules, the accreditation systems for foreign correspondents are regulated by the domestic legislation of each country, and this is indicated in the third paragraph of Article 19 of the International Covenant on Civil and Political Rights.

b. In Accordance with these rules, there are now over 300 accredited foreign media offices in Egypt and around 1500 accredited, resident journalists and correspondents, in addition to an average of about 100 visiting journalists per month on average.

c. Through out the past six years, none of these foreign correspondents was prevented from performing his or her professional duties, and this encouraged their numbers to rise from 920 accredited and resident correspondents in 2014 to over 1500 as of now, with an increasing rate of 63%.

d. SIS did not exercise its right to shut down any foreign media offices in Egypt or to deport any foreign journalist from the country, except for one case which involved a British journalist who did not possess a valid permit, and the competent authorities took the necessary legal measures against her in 2018. SIS refrains from resorting to this aforementioned right despite the various professional transgressions committed by accredited correspondents out of its respect to freedom of the press and the media.

2.Regarding the legal status of Anadolu News Agency:

a.Official Turkish statements included allegations that the individuals who were arrested and the office in which they were conducting their activities belonged to the official Turkish Anadolu News Agency, and in response to this allegation SIS stresses the following:

i.Anadolu had one accredited correspondent in Cairo in the early 1990s, and he was deported from the country at the time for his implication in a smuggling case between Egypt and Turkey.

ii.In 2010, Anadolu opened an office in Cairo, after receiving accreditation from the Press Center of SIS.

iii. In 2012, Anadolu submitted a request to convert its Cairo office to a regional office that included 42 reporters, photographers and technicians.

iv. In 2013, due to violations committed by Anadolu’s Cairo crew, in the aftermath of the June 30th revolution, the competent authority’s shutdown their office on August 29th 2013, and as of this date the Anadolu Agency has no legal presence in Egypt, as all attempts made by the Turkish embassy in Egypt to accredit the agency's reporters were rejected, and this refusal is an exercise of the guaranteed sovereignty rights of every country on its territory.

3.The content of the Turkish official statements linking the arrested persons to Turkey’s role in the region, specifically Libya, reveals the nature of the intentions and activities of those persons; Turkey’s official statements admit the fact that those people were playing a role within the framework of aggressive Turkish policies against Egypt which in turn constitutes a violation of Egyptian law.

SIS refutes these fallacies and assures their colleagues the foreign correspondents accredited and residing in Egypt that its keen on preserving freedom of the press, and further reaffirms its commitment to internationally recognized professional rules of conduct of journalistic work, which is guaranteed to everyone who adheres to the rules of accreditation and the established procedures. 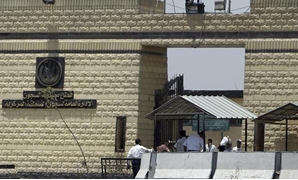