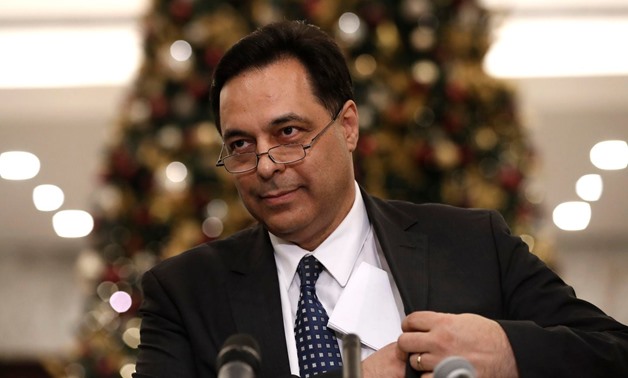 In an interview with Deutsche Welle on Friday, Diab rejected that the support his nomination received from Shiite militant group Hezbollah would hinder a much-needed Western aid.

"The goal is to form a government of independent technocrats," Diab, a former education minister who is also a vice president at Lebanon's prestigious American University of Beirut, told Deutsche Welle.

"Everyone is willing to cooperate so that Lebanon can have an exceptional government that is not like its predecessors in the number of technocrats and women included," he said.

"I think the Americans, when such a government is formed, will lend support because it is a government that aims to rescue Lebanon."

According to the sectarian-based power-sharing system that has prevailed since the end of the 1975-1990 civil war, the position of prime minister is held by a member of the Sunni Muslim community.

Sources close to Lebanon's Prime Minister Saad Hariri and Lebanese media told Reuters on Thursday, December 10, 2019, that Hariri's Future Movement will not be participating in the next government.

"It is silly" to argue the upcoming government will be Hezbollah-dominated, Diab told Deutsche Welle, AFP reported.

"This government will carry the face of Lebanon, and will not be the government of one political faction only," he said. "I expect full support from Europe and the US."