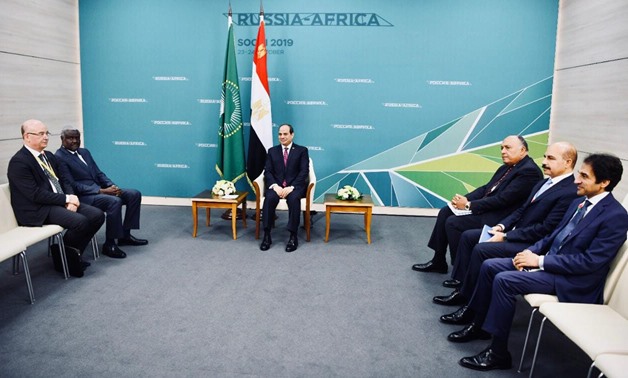 Faki affirmed the importance of the Egyptian role in the African continent, as it has been among the countries that contributed to the establishment of the Organization of African Unity, Egyptian presidential spokesman Bassam Radi said.

He also praised Egypt’s success to enhance the development efforts in Africa during its presidency of the African Union this year, in light of the challenges currently witnessed by the continent.

Faki expressed his keenness to attend the Aswan Forum for Sustainable Peace and Development next December, as it would represent an important platform for dialogue and political and developmental interaction among leaders, decision makers, and experts from Africa and other continents.

The meeting also addressed the updates of a number of issues in the continent, including conflicts, and discussed the efforts to politically settle them. The topics included the Libyan issue.

During the summit in Sochi, Putin said that Egypt and Russia cooperate in fighting against terrorism. The Russian president also referred to the trade cooperation between the two countries, the construction of the Russian Industrial Zone in Egypt, and the establishment of the Dabaa nuclear plant. 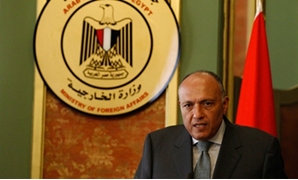 Egypt’s FM to participate in AU Commission on Tuesday