Linkevičius hailed the importance of strengthening the legal framework for cooperation between the two countries.

This statement was issued following a meeting between Linkevičius and his Egyptian counterpart, Sameh Shoukry on Wednesday in the Lithuanian capital of Vilnius, during which they discussed a number of regional and international issues of mutual concern.

The two ministers discussed ways to strengthen bilateral cooperation in the political and economic fields, according to the statement, and also reviewed the security and political situation in the Middle East and Africa region.

The statement also referred to a memorandum of understanding that was signed to enhance cooperation in the agricultural field. Under the agreement, the two countries would adopt effective exchange of information, and share the best practices in the areas of phytosanitary (measures to control plant diseases), agricultural technology and food production.

Shoukry, during the meeting, reiterated Egypt's rejection of the Turkish aggression in northern Syria, referring to its negative repercussions on the political settlement and the humanitarian situation in Syria, Egyptian Foreign Ministry said in a statement. 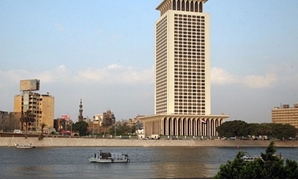 Lithuania seeks to cooperate with Egypt in trade, technology: Linkevičius