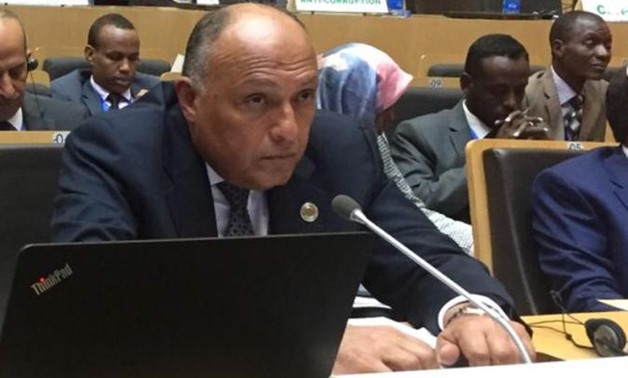 Ethiopia’s development should not come at expense of Egyptians: Shoukry

By: Egypt Today staff
CAIRO – 23 September 2019: “I don't think anybody would agree that the Ethiopian development should come at the expense of the lives of Egyptians,” said Egyptian Foreign Minister Sameh Shoukry in an interview with

Shourky added in his interview that the disagreement is a “scientific issue”, saying “science should not be manipulated politically.” The problematic point between Egypt and Ethiopia is related to the period of filling the dam’s reservoir with water; Egypt has recently submitted the Ethiopian and Sudanese sides a proposal to fill the dam’s reservoir over seven years. The dam’s capacity is 73 billion cubic meters of water and this means that Egypt will lose 10 billion cubic meters annually of its 55.5 water share over the proposed period. However, Ethiopia rejected the offer.

For his part, Shoukry affirmed that Egypt cannot violate the Ethiopian sovereignty, saying “we have no intention nor desire to infringe on anyone's sovereignty, as we would not accept the infringement on our sovereignty. But we really would like to be appraised of what the objections are.”

He added that the Nile water is a matter of live and death for the 100-million Egyptians as 95 percent of Egyptian territories is desert.