By: Egypt Today staff
CAIRO – 25 August 2019: Egyptian President Abdel Fattah al-Sisi is expected on Sunday to speak about the issues of the African continent and the partnership between the G7 member states and Africa, as well as efforts to achieve peace and progress in the continent.

The Summit of the Group of Seven countries of the most advanced economies is being held in France's Biarritz from August 24 to 26.

Sisi's speech is also expected to highlight the need to make use of the continent resources, strengthen the security and peace infrastructure. Issues may also include fighting corruption, empowering women, and improving the economy and education in Africa.

Egypt became head of the African Union (AU) for one year since last February, when Sisi received the presidency of the AU from his Rwandan counterpart Paul Kagame at the inauguration of the 32nd summit.

In October 2017, President Sisi paid France a four-day official visit, during which he tackled bilateral and international and regional issues with French counterpart Emmanuel Macron in Elysee Palace. 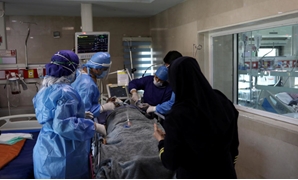