By: Egypt Today staff
CAIRO – 24 June 2019: Egypt's Foreign Minister Sameh Shoukry said on Monday that Egypt and Russia share a similar stance towards the Palestinian cause on the base of the two-state solution.

Shoukry told Russia Today, during his official visit to Moscow, that both Egypt and Russia support the legitimate rights of the Palestinian people, including the need to reach a permanent and just solution to the Palestinian cause, and to establish a Palestinian state on the borders of June 4, 1967, with East Jerusalem as its capital.

Shoukry said that Egypt and Russia adopt the same policy concerning the Palestinian cause, affirming that they work together, through holding talks with the relevant and international parties to enhance this united vision and reach a permanent solution.

Concerning the Syrian crisis, Shoukry pointed to the coordination with Moscow on the developments in this issue, including the suffering of the Syrian people, eliminating terrorist organizations for the direct threats they impose on the region and the international security and stability.

He affirmed that the Security Council Resolution 2254 represents the appropriate framework for resolving the Syrian crisis, praising the efforts of the UN envoy to Syria and the existence of an appropriate dialogue between the Syrian government and opposition parties, away from terrorist organizations, to reach common visions for the future of Syria on the international bases of democracy and good governance.

Egypt and Rssia also agreed on the necessity to achieve stability in the Gulf region and to avoid any other military conflict, Shoukry added.

During the meeting, Shoukry stressed the depth of the Egyptian-Russian relations, pointing out that the relations between the two countries have a historical and extended character, based on mutual respect and common interest.

The foreign minister stressed consensus between the two sides on the importance of developing bilateral relations, especially in the field of economy. He added that Egypt and Russia affirm the importance of tackling many pressing issues in the Middle East region, which is full of tension.

As per Egypt's contribution to settling the Middle East crises, the Egyptian top diplomat said Egypt is a key element in outlining any strategy in the region thanks to its sustained efforts to maintain stability and its close ties with the Gulf countries, noting that Cairo considers the Gulf security as part and parcel of the Egyptian one.

Shoukry also voiced Egypt's rejection of Iranian interference in Arab affairs and any regional non-Arab interference and influence on the Arab national security. He called for avoiding the policies of hegemony, exploitation or acting by proxy in any conflicts in the region.

He also called for establishing normal ties based on mutual interests and full respect of the Arab states' sovereignty, independence and territorial integrity.

The relations between Egypt and Iran have not been continuously sustained since the outbreak of the Iranian revolution until the present time, Shoukry said, adding that Cairo has on many occasions voiced its rejection of any Iranian interference in the Arab affairs and called for not exploiting any elements in the Arab world to destabilize it.

Concerning Egypt's support to settling the Yemeni crisis, Shoukry asserted that Egypt backed the Yemeni legitimacy through its role in the Arab coalition that is currently securing the Red Sea and Bab el Mandab Strait against any violations or attacks.

Egypt is also seeking to support the legitimate Yemeni powers through the UN and the implementation of Stockholm agreement that could work out a peaceful solution to the crisis based on the outcome of the national dialogue and the Gulf initiative, away from any military action, the Egyptian diplomat added.

On Sudan, the Egyptian foreign minister said Egypt is in good contact with all Sudanese parties and dialogue is maintained with all of them to bring viewpoints closer, asserting that solution to the crisis should come from the Sudanese people themselves in a way that keeps their rights and maintains their stability.

As regards to the workshop organized by Bahrain on the Palestinian issue, Shoukry noted that the workshop will crystallize all efforts exerted by Washington to reach a permanent solution to the Palestinian-Israeli conflict. He asserted that Egypt's vision in this respect was based on a commitment to the international legitimacy resolutions, the Arab initiative and the two-state solution. However, the American side preferred to float the economic side first.

On Egypt's participation in the workshop, Shoukry said Egypt will assess the American proposals and how they conform to the interests of the Palestinian people, adding that the final decision is for the Palestinian Authority.

He also stressed that Egypt is always sponsoring and taking care of the Palestinian people in the Gaza Strip and extending all necessary aid to them as long as Rafah crossing is open.

In the meantime, Egypt is giving a priority to its national security and the need for protecting itself against any possible terrorist attacks in northeast Sinai.

Shoukry also highlighted the current huge achievements of the Egyptian security forces in keeping security in Sinai and containing terrorism risks that have endangered the infrastructure in Sinai, in addition to continuing to provide full care to the Palestinian people through the Gaza crossing.


Minister of Defense Mohamed Zaki and Minister Shoukry headed to Russia for an official visit to hold 2+2 talks with the Russian side.

The visit comes to enhance the bilateral relations between the two countries in many fields, according to official statements. 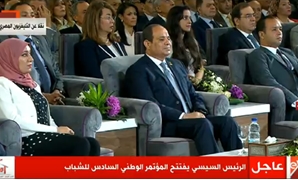 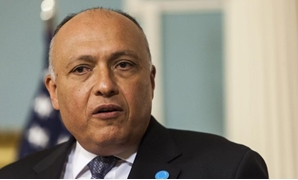