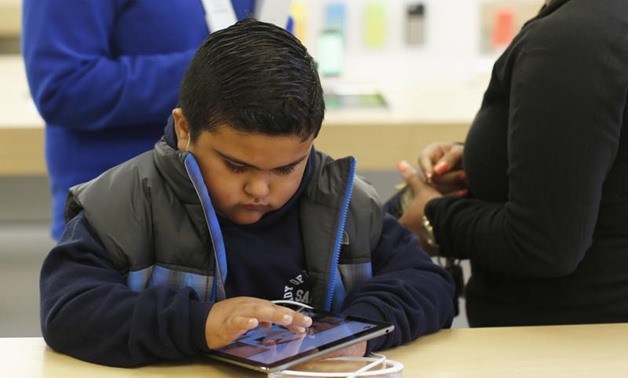 By: Egypt Today staff
CAIRO – 4 January 2018: Earlier Friday, sources inside the Ministry of Education revealed that special mechanisms and systems have been put in place to ensure that the tablets will reach the targeted beneficiaries, namely high school students.

Sources also revealed to Egypt Today that the ministry is looking to put in place a mechanism that would encourage students to take the tablet, after some of them have shown dismay regarding the insurance amount that will be taken away in the case of loss or damage to the tablet.

Sources also revealed that the tablets will be ready to give to Year 10 students in the canal governates over the next few days.

On Thursday, January 3, we learnt that tablets that should be handed to school students according to the new education system Egypt is implementing are secure and set to enable users only to stick to moral behavior, informed sources in the Education Ministry said.

Using the tablet in the educational process is a new experience for Egypt; although almost all teenagers seem to have smart phones at home, or at least have access to them, some were afraid that students may visit websites that are not suitable for their ages.

The tablets will be fully protected and impenetrable, the sources said, adding that it will protect students from falling victims to immoral practices including accessing websites with immoral content.

The ministry determined only one body to be in charge of carrying out periodic maintenance to the tablets, the sources said, adding that in case users took the tablet to another place, they will be responsible for fixing their devices at their own expense. The sources assured that students will only be able to use it for education.

Minister of Education Tarek Shawki said in December that the school tablets that will be handed to first secondary students will be centrally secured by the ministry, and therefore it will not be tempting to thieves.

In an attempt to develop education in Egypt, the state is introducing technology into public schools. However, there have been many obstacles facing the implementation of this national project.

In an interview with Egypt Today, Shawki said teachers and supervisors will be provided with tablets having different content than that of students, adding that the government will introduce in January networks that will enable surveying classrooms and book warehouses, communicating with managers in different governorates, and sending messages to students and teachers. All that has been achieved in a year and a half but people have not felt it yet, the minister said.


In December 2017, Shawki said that one million tablets will be distributed among 10th grade students, teachers and school directors in the next academic year. He added that the tablets will be given for free and would not need to be returned.

A similar plan was implemented before in 2013, as 250,000 tablets were given to students at public high schools in six governorates at a cost of LE 400 million ($22.5 million). The governorates were Matrouh, North Sinai, South Sinai, New Valley, Red Sea and Aswan.


The ministry started with these governorates, as they would be ideal testing grounds for the scheme due to their small populations. The idea of introducing tablets stemmed from the fact that printing school books costs the state LE 1.2 billion per year.