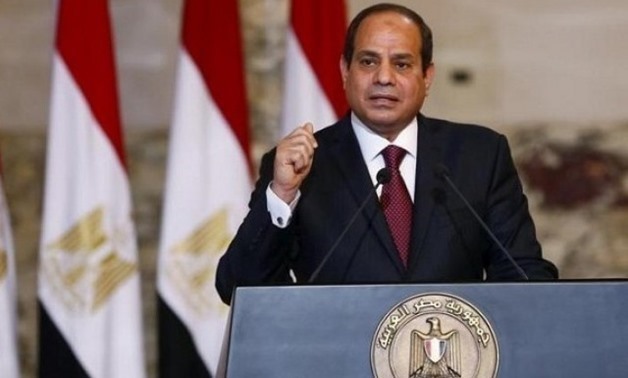 By: Fatma El-Bakry
CAIRO - 3 January 2019: Many officials praised President Abdel Fatah al-Sisi's initiative launched on his official Facebook page to support the neediest citizens, describing the move as a huge step towards progress.

A few minutes after the post was published on President Sisi's Facebook page, Deputy Parliament Speaker al-Sayed al-Sherif told Egypt Today that the presidential initiative affirms that Sisi always cares about humble citizens and knows that they have recently been suffering.

"I will start by myself and will serve this initiative with all what I can," Sherif stated. He called on state institutions and businessmen to participate in order to achieve the goals of the initiative.

MP Mohamed Farag Amer, head of the Parliament's Industry Committee, praised Sisi's remarks, describing the initiative as historical and first of its kind in political life, al-Dostor reported. He urged businessmen to prioritize this initiative to make it a success.

In response to Sisi's initiative, Assistant of Minister of Housing Khaled Abbass said, “Many projects accomplished by the ministry will be set for this initiative.”

In the same vein, Minister of Social Solidarity Ghada Waly called on a number of civil society organizations to intensify their efforts and gather sufficient data on the extremely poor towns and neighborhoods to support them.

He called on state institutions and civil society organizations to "unite their efforts and coordinate together" to launch a national initiative to provide citizens with a "dignified life" during this year.

"In the beginning of a new Gregorian year, I looked at last year to find the real hero of our nation. I found that the Egyptian citizen is the real hero; he courageously fought the battle of building, [solely] sacrificing and bearing the cost of economic reforms to establish a better future for the next generations," Sisi stated.