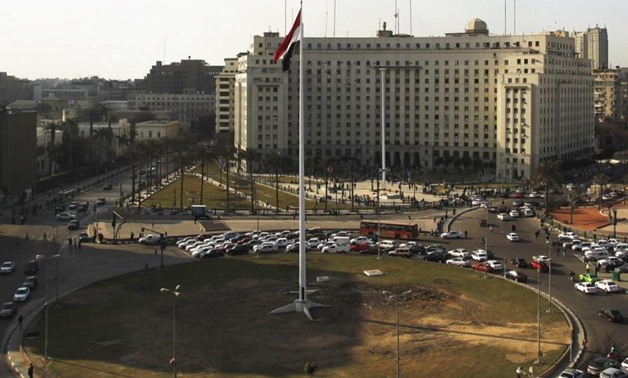 The samples included articles from The Washington Post, The Independent, and Le Monde - CC via Wikimedia Commons/Sollok29Egypt's national flag is seen raised at the top of a flagpole, which was recently installed in Tahrir square, in central Cairo, Februa

By: Egypt Today staff
CAIRO - 28 November 2018: A recent research determined that western media was biased in their coverage of the Egyptian politics during a very critical period of the country’s history when the people refuted attempts to impose theocracy.

An Egyptian PhD student studied in his dissertation the framing of political affairs in Egypt by western media after the ouster of former President Mohamed Morsi, who is affiliated with the outlawed Muslim Brotherhood, following mass protests.

The dissertation is titled “Frames of Political Events in Egypt in Western Electronic Publications After 30 June 2013: Comparative Analysis.” The researcher was doing his studies at the School of Mass Communication in Al-Azhar University.

The time frame was one year from June 2014 until June 2015. The samples included articles from The Washington Post, The Independent, and Le Monde. The findings revealed that those publications were covering political events in Egypt but within frames that match their agenda-setting.

The publications framed the events as if there were an internal conflict, disregarding the democratic processes such as the presidential election, and the strategic development projects launched at that time.

Le Monde used the conflict frame the most, while The Independent used it the least. The use of that frame gave the impression that Egypt was a hostile area where a conflict between two main parties was taking place.

A bias was detected in all publications, especially Le Monde, as only one side was displayed in their stories’ background, making them neither fair nor balanced.